The data from the Central Statistics Office also shows that the seasonally adjusted volume of industrial production for manufacturing industries between July and September was 3.9% higher than in the preceding three-month period.

The seasonally adjusted industrial turnover index for manufacturing industries in September showed an increase of 0.1%, when compared with August.

Annually, turnover increased by 13.1% when compared with September 2014.

Commenting on the figures, Alan McQuaid from Merrion Economics said: “For 2014 as a whole, manufacturing output was 24.2% higher than the previous year as against an overall decline in production of 2.5% in 2013, and we are anticipating another very strong performance in 2015.

“In the first three-quarters of the year, output was 19.8% higher on average than the same period in 2014.

“Clearly, the strong output performance in the year to date can to some degree be explained by the production of goods abroad on behalf of Irish-domiciled multinationals, though this so-called ‘contracted production’ has less impact on tax revenue and jobs in Ireland.” He added. 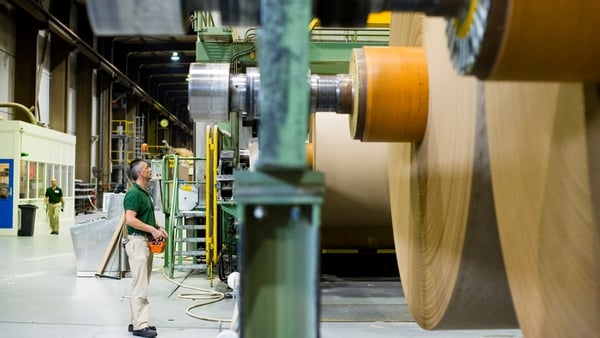 Manufacturing production down 7.8% in May - CSO