Ulster Bank reported an operating profit of £114m (€157m) for the third quarter, down 70% for the same period in 2014 - according to the bank’s latest financial results.

The bank cited impairment releases being materially higher in Q3 2014 as a contributory factor for the drop.

Profit for the year to the end of September stood at €337m, with new lending to business up 51% and mortgage drawdowns rising by 48%.

Ulster Bank Interim Chief Executive Paul Stanley said the banks operating profit for Q3 is “underpinned by stronger new business volumes, profit on the sale of a buy-to-let portfolio in the Republic of Ireland and a gain realised on the simplification of our corporate structure.

“This performance is impacted by trends of customer deleveraging and an increasingly competitive market, while our sterling reported results are impacted by a weakened euro.

“Results have also benefited from a further release of impairment provisions, though at lower levels than in some previous quarters,” he added.

Pre-tax profits before one-time items and restructuring costs came in at £842m for the quarter, compared to £2.05bn a year earlier.

The bank also revealed litigation costs of £129m for the quarter relating to mortgage-backed securities. 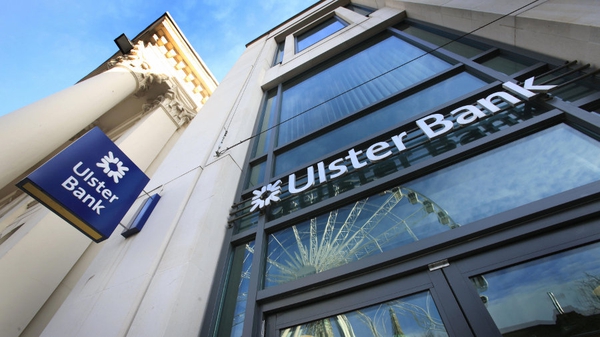