Botox maker Allergan today said it was in preliminary, friendly talks with Pfizer on a potential merger, a deal that would create the world's largest drugmaker.

Dublin-based Allergan said there was no certainty the talks would lead to a deal, and did not discuss the terms that might lead to a tie-up with Pfizer.

Pfizer's chief executive Officer Ian Read earlier today said he was open to any moves that produce the best long-term value for the company, but declined to directly comment on reports of talks with Allergan.

Speaking at a Wall Street Journal event, Read said he was looking at various growth strategies, including a deal, "if that would add value to shareholders."

Earlier, the Wall Street Journal reported that Pfizer recently approached Botox-maker Allergan to discuss what could be the biggest takeover deal this year.

The healthcare sector has seen an unprecedented wave of deals since early 2014, from large drugmakers buying up smaller rivals, to consolidation among makers of generic medicines and tie-ups between insurers.

A bid for Allergan, which has a market value of $113 billion, would be Pfizer's second attempt to acquire a European rival, following its unsuccessfully courtship last year of Anglo-Swedish pharmaceuticals group AstraZeneca.

After six months of negotiation, AstraZeneca rejected Pfizer's final bid in May 2014.

The potential for lowering Pfizer's tax bill by switching its headquarters from the US to the UK was touted by chief executive Officer Ian Read as a key reason for the deal.

A takeover of Allergan could offer similar advantages given that the Botox maker is based in Dublin.

A US attempt to crack down on such tax avoidance deals led to the collapse of AbbVie's bid to buy Shire, but it is unclear whether those rule changes would preclude potential tax advantages from a Pfizer-Allergan deal.

Pfizer, which has a market value of about $219 billion, is the largest US drugmaker. 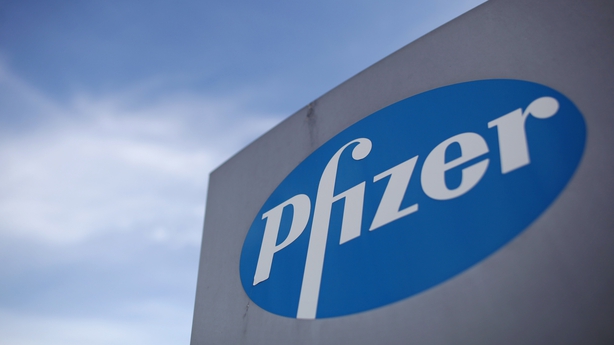 Allergan would give Pfizer, whose revenues are expected to slide 3.3% this year, a boost in top-line growth. The Botox-maker's revenue is seen increasing 39% this year, according to Thomson Reuters I/B/E/S estimates.

Pfizer last month paid $15 billion to acquire US rival Hospira. The US-based maker of such blockbuster drugs as Lipitor and Viagra was not immediately available for comment.

Allergan became the third-largest generic drugmaker in the US after combining with Actavis in March.

Its chief executive, Brent Saunders, has been eager to do deals, having first orchestrated the sale of Forest Laboratories, where he was initially CEO, to Actavis, then using the latter to seal the $66 billion purchase of Allergan.

Following the Actavis tie-up, Allergan sold its generic drugs business to Israel's Teva Pharmaceutical Industries in July for $40.5 billion in cash and stock.

Saunders said after that he hoped to use those proceeds to do another large, "transformational" merger.

In its first full quarter after the Actavis deal, Allergan reported second-quarter revenue of $5.76 billion, led by $632m in sales of wrinkle blocker Botox. Other top-selling drugs include dry eye treatment Restasis and Alzheimer's drug Namenda.

Pfizer recently reported third-quarter revenue of $12.1 billion, including $1.58 billion for its Prevnar pneumococcal vaccines and $947m for pain drug Lyrica.

While Pfizer wanted to buy AstraZeneca in part to boost Pfizer's pipeline of cancer drugs, a deal with Allergan would involve dermatology drugs and generics.