The joint venture between Kennedy Wilson and NAMA, called ‘Capital Dock’, is one of the largest undeveloped sites in Dublin’s central business district.

In addition, 204 high-quality residential units will be constructed across three buildings, one of which is a 23-storey tower.

Kennedy Wilson and NAMA expect to commence on site by December this year, with the first office buildings available from mid-2017.

The residential element of the development is expected to be completed in early 2018.

The development, with water views on three sides, will encompass a 1.5-acre landscaped public park and square, and a significant retail/leisure offering. 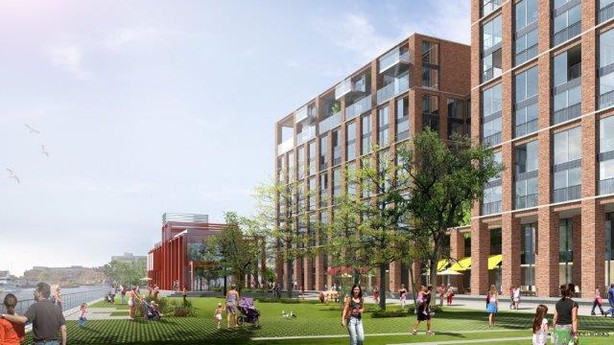 The scheme is designated as one of the city’s five key Dockland’s hubs, and is expected to benefit from significantly improved transport connectivity.

Site assembly was finalised at the end of 2014 when Kennedy Wilson and NAMA merged their adjacent sites at Sir John Rogerson’s Quay.

Kennedy Wilson is the majority partner and will act as Development Manager to the project.