China's economic growth has dipped below 7% for the first time since the global financial crisis, hurt partly by cooling investment, raising pressure on Beijing to further cut interest rates and take other measures to stoke activity.

The world's second-largest economy grew 6.9% between July and September from a year ago, the National Bureau of Statistics said, slightly better than forecasts of a 6.8% rise but down from 7% in the previous three months.

That hardened expectations that China would avoid an abrupt fall-off in growth, with analysts predicting a more gradual slide in activity stretching into 2016.

"Underlying conditions are subdued but stable," said Julian Evans-Pritchard, an analyst at Capital Economics in Singapore."Stronger fiscal spending and more rapid credit growth will limit the downside risks to growth over the coming quarters."

Chinese leaders have been trying to reassure jittery global markets for months that the economy is under control after a shock devaluation of the yuan and a summer stock market plunge fanned fears of a hard landing.

Some analysts were hopeful that the third-quarter cooldown could mark the low point for 2015 as a burst of stimulus measures rolled out by Beijing comes into force in coming months, but muted monthly data for September kept such optimism in check.

"As growth slows and risk of deflation heightens, we reiterate that China needs to cut reserve requirement ratio (RRR) by another 50bps in Q4," economists at ANZ Bank said in a note to clients.

Despite the spate of easing, the latest GDP reading was still the worst since the first quarter of 2009, when growth tumbled to 6.2%. 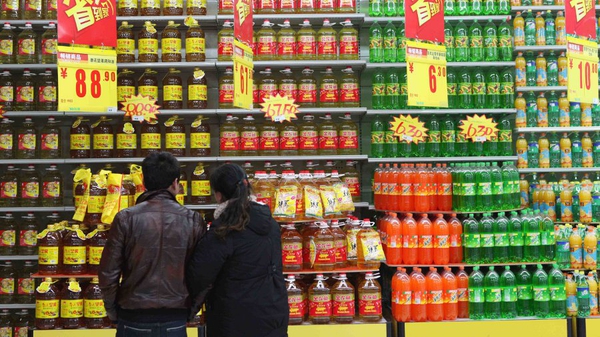