US consumer prices recorded their biggest drop in eight months in September as the cost of petrol fell, but a steady pick-up in the prices of other goods and services suggested inflation was starting to firm.

There was good news on the labour market, with other data today showing new applications for unemployment aid fell back to a 42-year low last week.

The very low level of layoffs and firming underlying inflation could keep the door open to an interest rate increase from the Federal Reserve this year.

The US Labor Department said its consumer price index fell 0.2% last month after slipping 0.1% in August.

In the 12 months to September, the CPI was unchanged for the first time in four months after rising 0.2% in August.

Core inflation, which strips out food and energy costs, rose 0.2% after moving up 0.1% in August. In the 12 months through September, core inflation increased 1.9%, the largest gain since July 2014, after rising 1.8% in August.

The Fed tracks the personal consumption expenditures price index, excluding food and energy, which is running well below core inflation.

Low inflation, which has persistently run below the Federal Reserve's 2% target, is a major hurdle to an interest rate hike this year.

Fed officials who are divided on when to tighten monetary policy could take comfort in last month's increase in core inflation.

Expectations of a lift-off in the Fed's short-term interest rate have been dealt a blow by an abrupt slowdown in job growth in the last two months and softening economic activity because of a strong dollar, lower oil prices and a weakening global economy.

Today's inflation report showed petrol prices fell 9%, the biggest drop since January, after declining 4.1% in August. Food prices increased 0.4%, the largest increase since May 2014, after rising 0.2% the prior month.

The rental index increased 0.4%, after rising 0.3% in August. There were increases in the cost of medical care, household furnishings and personal care products.

However, clothing prices fell as did the cost of new vehicles and used cars and trucks. Airline fares also declined in the month. 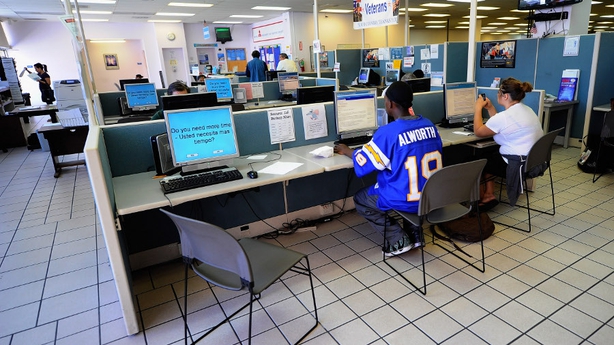 Meanwhile, in a second report today, the Labor Department said initial claims for state unemployment benefits fell 7,000 to a seasonally adjusted 255,000 for the week ended October 10.

Claims were last at this level in July, which was the lowest since November 1973.

The low level of layoffs is in sharp contrast with the recent cool-off in employment growth. Non-farm payrolls growth in August and September averaged 139,000, the weakest two-month rise since January last year.

The slowdown is puzzling given job openings are at record highs. Some economists say the step-down in hiring is because employers can not find qualified workers for the open jobs.

The four-week moving average of claims, considered a better measure of labour market trends as it irons out week-to-week volatility, fell 2,250 to 265,000 last week, the lowest level since December 1973.