The IMF has cut its growth forecast for the world economy for 2015 and 2016, warning of growing risks from the slowdown in China and other emerging markets.

The global economy will expand just 3.1% this year and 3.6% next year, the IMF predicted, revising down its previous forecasts by 0.2% in both cases.

Even though wealthy countries are showing signs of recovery - led by US growth forecasts at 2.6% for 2015 and 2.8% for 2016 - the world economy is on track for its worst year since the global recession of 2009, after growing 3.4% last year, the IMF said.

"Downside risks to the world economy appear more pronounced than they did just a few months ago," it said in its latest biannual report, published ahead of its yearly meeting in Lima, Peru.

"Near-term economic growth still looks stronger in advanced economies, compared with the recent past, but weaker in the emerging market and developing economies."

The slowdown in China, set to grow 6.3% next year - its lowest rate in 25 years - is taking a toll on other emerging economies that depended on the Asian giant's ravenous appetite for their raw materials.

Prices of oil, metals, minerals and other commodities have sunk as the world's second-largest economy has cooled, jolting the emerging markets whose boom salvaged world growth after the 2008-2009 crisis.

Meanwhile, Brazil is facing a 3% contraction this year - twice as bad as predicted in the IMF's last outlook, in July - and sub-Saharan Africa is set for growth of 3.8%, 1.2 points off the pace it registered last year.

The United States' looming decision to raise interest rates is also taking a toll on emerging economies as investors stop parking cash there in search of higher returns, the IMF said.

While the eurozone is set for growth of 1.5% this year and 1.6% next, the IMF warned of a newly "difficult" outlook for Greece.

It also said conflicts in Ukraine and the Middle East posed "geopolitical risks" and issued its first-ever warning on the refugee crisis in Europe, which it said risked taking an "immense" social and economic toll. 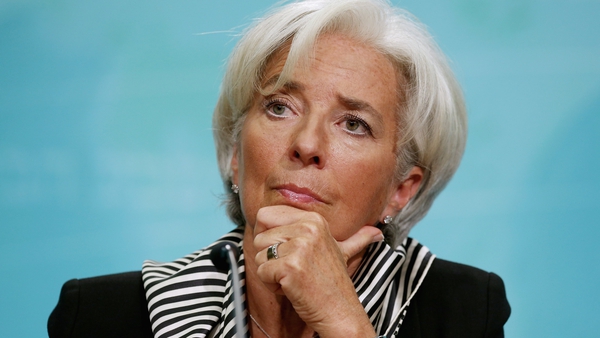