Property price growth is set to moderate to around 5% by the end of the year, according to new research from MyHome.ie.

In its latest quarterly report, the property website said that an improvement in supply, along with the Central Bank's mortgage lending restrictions, had helped to slow the growth in prices - particularly in the Dublin area.

During the three month period under review, the price of new Dublin listings fell by 0.1% - the first time that has happened in almost three years. Asking prices in the rest of the country rose by 1.8%.

According to Davy, which compiled the report, this means that the median price for a three bed semi-detatched house is more than five times the average income, which is high by international standards.

In Dublin, the price is more than six times the average income level. 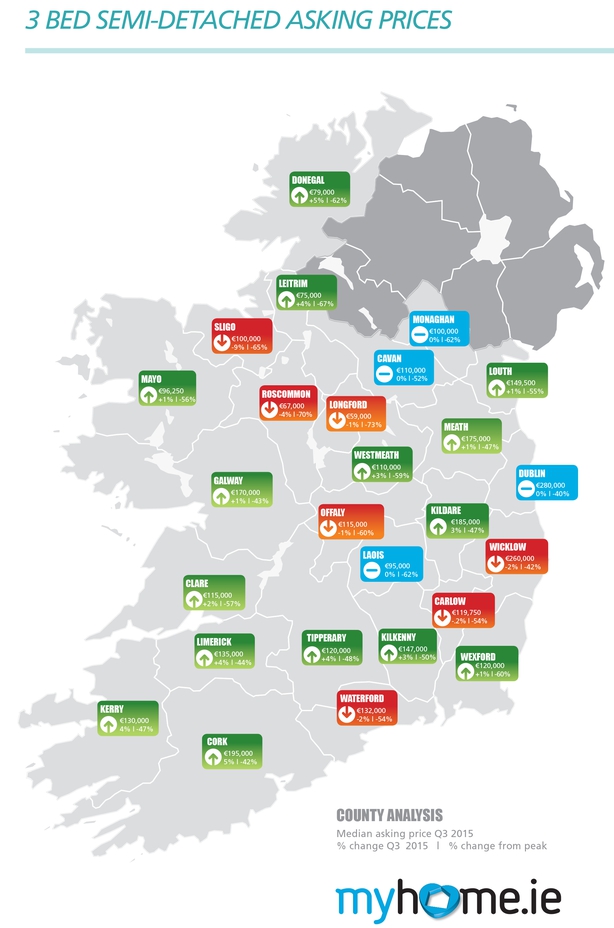 He said that the 20% plus rates of inflation of summer 2014 were simply not sustainable.

"The fact that the number of properties available for sale in Dublin is up 45% to 5,200 compared to this time last year, has also acted as a further brake on price growth," he added.