Zurich Insurance today abandoned its proposed £5.6 billion bid for Britain's RSA, after forecasting a $200m third-quarter loss largely due to the devastating explosions at the Chinese port of Tianjin.

Zurich said it would conduct a review to improve the performance of its general insurance business, instead of taking over its London-listed rival, sending RSA shares down by as much 23% at one stage.

RSA said Zurich had found nothing untoward in its "due diligence" checks on its books that would have thwarted a deal on the 550 pence per share terms proposed on August 25.

Zurich, whose shares were down 1.6% this morning, announced aggregate losses of around $275m from the massive explosions at a container storage station in Tianjin last month.

It said the final cost was uncertain but it did not expect a significant rise in claims.

The Swiss insurer also said recently completed reserve reviews indicated a likely negative impact of around $300m in the third quarter for US car liability and other lines of business.

"Given the deterioration in profitability, general insurance CEO Kristof Terryn is conducting an in-depth review of the business," Zurich said in a statement.

A spokeswoman for the company said it remained on the lookout for acquisitions and a sale of its general insurance business was not an option, as a large part of those operations remained profitable.

The company is likely to hit the lower end of its mid-term targets for a 12-14% after-tax return on equity from operating profit for 2014-2016, the spokeswoman added. 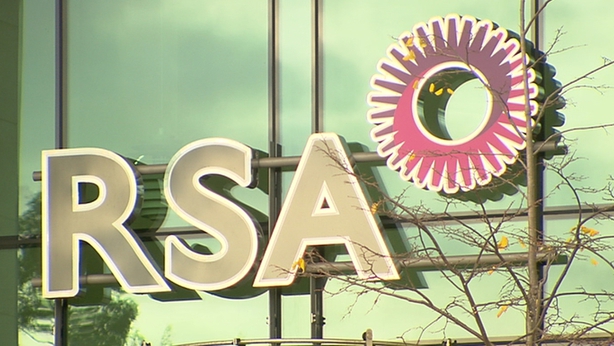 RSA, which swung into profit last year following losses in 2013 and posted above-forecast results in the first half, had stressed it had not put itself up for sale and was confident on its prospects.

Tougher regulation and hefty competition in the insurance sector, including from non-traditional providers, have encouraged a number of insurance tie-ups.

But analysts were doubtful other bidders would come forward to buy RSA, after European rivals Allianz and AXA, which like Zurich offer both life and general insurance, had indicated they were not interested.

RSA shareholders had welcomed the proposed offer, but some Zurich investors had said they would prefer the cash-rich insurer to give money back.