An interim examiner has been appointed by the High Court to Mothercare Ireland, which employs 276 people in 18 stores across the country.

The company said the aim of seeking court protection and examinership is to achieve a restructuring of the company, save as many jobs as possible and minimise store closures.  It cannot afford to support unprofitable stores, it added.

The retailer added it will trade as normal during the examinership  process, staff and suppliers will be paid as normal and all gift cards and family card points will be honoured.

Mothercare Ireland is a franchise of Mothercare UK and has traded in Ireland for 23 years and is the country's largest maternity, baby, nursery and children's clothes retailer.

Mr Justice Brian McGovern today granted an application by barrister Rossa Fanning for Mothercare Ireland, for court protection and the appointment of Declan McDonald of PricewaterhouseCoopers as interim examiner.

The judge said he was satisfied the company, and two related companies, Mothercare World and Effleby Trading Ltd, were entitled to protection and the appointment of an interim examiner. He made directions for advertising the petition and returned it for hearing on 30 July.

A significant source of the company's difficulties was having to contend with rents that significantly exceed current market rents, the court was told. The company says the renegotiation and repudiation of rents will be a significant aspect of the examinership process.

Accounts filed by the company show that in 2014 Mothercare Ireland had operating leases costing almost €4m a year. The company is unable to cancel nearly €2.7m of these leases.

Commenting on the news Retail Excellence Ireland CEO David Fitzsimons said: “It is a fact that many landlords are seeking to impose Celtic tiger rents on struggling retailers.

"The domestic economy remains in a fragile state and these rents are simply untenable. Between 2000 and 2007 commercial rents increased by 240% while over the same period consumer prices increased by 30%.

"We implore landlords to charge rents which reflect market conditions. If landlords do not take a common sense approach more retailers will fail.”

Earlier, the judge queried if an interim examiner is necessary when Mothercare UK appeared to be the main supplier.

The company was seeking a very short return date for the hearing of the petition, which would also reduce costs, he said. 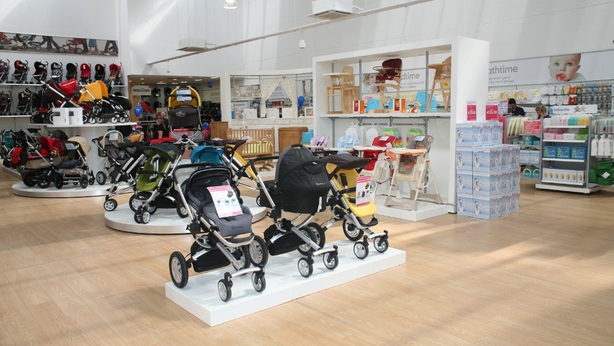 Counsel said Mothercare Ireland is a franchisee of Mothercare UK and is not a subsidiary of the latter or part of the same corporate group. It has debt obligations to Mothercare UK and has had to negotiate an extension of credit terms, he said.

Mr Fanning said Mothercare Ireland grew very rapidly in the boom. It had four stores in 1993 and in 2011 that number had increased to 24 stores. While the business had been affected by the downturn, it is still a €33m-a-year trading business with 276 employees, he said.

He said there were numerous reasons for the company's insolvency including that its target audience is young families who have been particularly hit by the recession with a consequent fall off in spending from that group.

The company was also affected by discount stores selling baby and maternity wear.

High rents were a major factor and leased with high rents were entered into mainly with upward only rent increase clauses at the height of the boom, he outlined.