2,308 commercial and consumer debt judgments were awarded by the courts in the first six months of 2015, with a total value of around €220m.

The figures have risen by roughly one third, when compared with the same period in 2014. 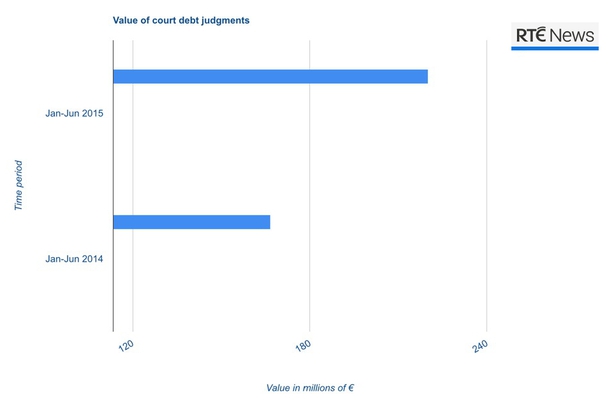 1,692 debt judgments with a value of €202.8m were awarded against consumers, representing rise of 41% on the same period last year.

The highest number of consumer judgments by value was awarded to the banking sector, with 185 judgments valued at €148.84m.

The largest number of judgments by volume was awarded to the Revenue Commissioners, comprising 888 or 52% of all consumer judgments.