British postal firm Royal Mail has reported flat quarterly revenue as an improvement in parcels trading on the back of longer opening hours and a drive to win business with retailers was wiped out by a sharp fall in letter volumes.

Royal Mail's prospects hinge on its ability to cut costs and modernise its operations in order to win more of a parcels market buoyed by a boom in online shopping.

However, last year the firm pared back parcel volume growth forecasts from between 4% and 5% to between 1% and 2% for at least two years, as key customer Amazon delivers more of its own packages and rivals cut prices to compete for rising demand.

Royal Mail, privatised in 2013, said parcel volumes grew 3% in the three months to 28 June, its fiscal first quarter, with revenue - worth half of group turnover - up 2%. That compared with revenue growth of 1% and a 3% volume rise for fiscal 2014-15.

"Our trading environment remains challenging and we are stepping up the pace of change to drive efficiency, growth and innovation, while maintaining a tight focus on costs," Royal Mail Chief Executive Moya Greene said, adding the first quarter had been broadly in line with its expectations.

The October 2013 privatisation of Royal Mail was one of the UK’s biggest in decades and attracted criticism of being undersold at £3.30 a share. Last month the government sold half of its remaining 30% stake at £5 a share. 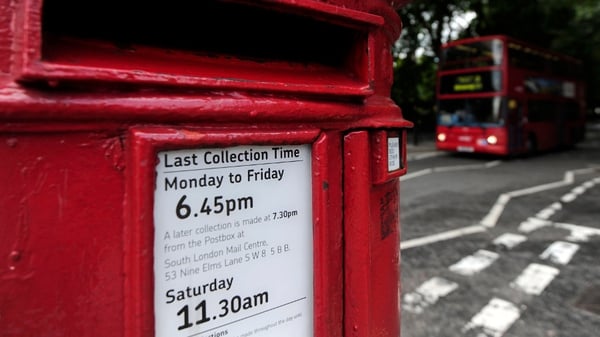