The European Central Bank raised the ceiling on emergency liquidity Greek banks can draw from the country's central bank for a second time in two days today, a banking source told Reuters.

The source declined to say by how much the ceiling was raised.

"The ECB's governing council will convene again via teleconference whenever this is needed," the source said, speaking on condition of anonymity.

The ECB's governing council held a teleconference today after euro zone leaders held an emergency meeting in Brussels in an effort to clinch a cash-for-reforms deal with Greece and stave off a default.

After hiking emergency credit for Greek lenders to about €86 billion last week, the ECB agreed to a further €2 billion of such Emergency Liquidity Assistance yesterday, sources told Reuters.

The ECB had been approving emergency funding on a weekly basis but is now meeting almost daily as bank withdrawals continue and negotiations reach a climax.

Meanwhile, security services group G4S has drawn up plans with Greece's central bank to keep the country's cash machines stocked in the event of a full-blown economic crisis, the firm told Reuters

Andreas Paterakis, the head of southern Europe for G4S, said the UK-based firm stored cash for a handful of major businesses last week as fears grew about the stability of Greek banks.

"Tuesday, Wednesday and Thursday were critical, really critical," he said, referring to withdrawals of cash from Greek banks.

He added that the situation had eased over the weekend.

Greeks withdrew more than €4 billion from the banking system last week on fears the country was set to default and potentially leave the euro zone. 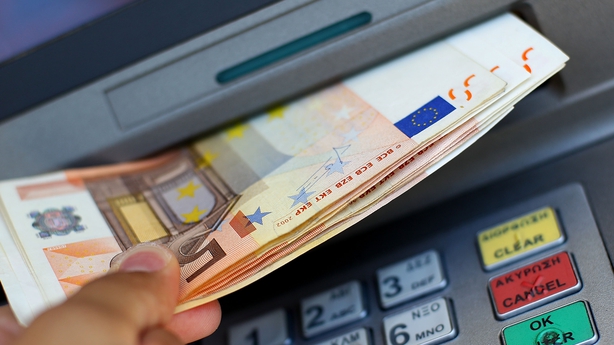 That included withdrawals of more than €1 billion each on Thursday and Friday amid rising fears Athens would have to impose capital controls.

The government denies it has any plans for that.

The pace of deposit outflows slowed yesterday to below those seen on Friday, due to hopes that a deal with creditors can be found, according to three Greek banking sources.

G4S, the world's biggest security services company, worked to stock cash machines during the 2013 Cypriot banking crisis, and says it collaborates with the majority of Greek banks.

It has been drawing up plans on how much cash it should move around the country, and when, Paterakis said.

The firm has increased staff in recent months to meet an increase in demand for cash, which it estimates has risen by about 30% over the last two weeks.

A handful of major clients, both international and local firms, stored cash with the company for two or three days last week, Paterakis said.

But, unlike the banking crisis in Cyprus, Paterakis said the situation had been anticipated and was not yet as dramatic.

"The biggest partner in these discussions is the central bank and we have daily communication with them and whatever we plan is in full coordination under their approval," he said.

"We won't need, and we have not involved, police and in no way the military. They don't have to play any role. But if we were asked to carry bigger amounts of money then maybe we would ask for a police escort, especially if it is to remote areas," he said.