The Dalata Hotel Group has agreed a deal to buy the Belfast Holiday Inn for just over €25m.

The company made the announcement as it published its annual results which showed a pre-tax profit of €4.2m on revenue of €79m - up 30% on 2013 levels.

The Holiday Inn Belfast is a 4 star hotel located in the city centre, close to the business and shopping district of Belfast.

It has 170 bedrooms, 40 car spaces, a full leisure centre with pool, a restaurant and nine seminar and meeting rooms as well as a ballroom.

Dalata has acquired six hotels since listing on the Irish Stock Exchange last year - the purchases were made in Dublin, Derry, Galway and Wexford and amounted to €77m.

Last month the company said it had finished the "transformational" deal for the Moran Bewleys portfolio of nine hotels in Ireland and the UK for €453m.

Over 55% of the rooms in the deal are in Dublin, while it also gives the company a presence in London, Manchester and Leeds.

Dalata said today it had experienced higher occupancy and higher average room rates across its chain during the past year.

It said it saw RevPar growth across its portfolio with the Dublin figure up 14.9%, while it rose by 12.7% in its regional hotels in Ireland and by 16% at its Maldron Cardiff hotel.

The company has budgeted to spend 4% of its revenues on capital refurbishment of its portfolio each year. During last year it completed refurbishment projects in the Maldron Wexford, Maldron Cork and Maldron Dublin Airport.

It also finished refurbishment programmes in its Maldron Smithfield hotel early this year, while such programmes are currently underway at its Maldron Pearse Street and Maldron Derry hotels.

Dalata said it intends to rebrand the Moran Bewley hotels, as well as a number of other hotels, under the new brand Clayton Hotels. The new brand will be rolled out in 13 properties over the next six months.

"The business has performed very strongly in 2014. All our hotels showed revenue growth which was converted solidly to the bottom line," commented the company's chief executive Pat McCann. 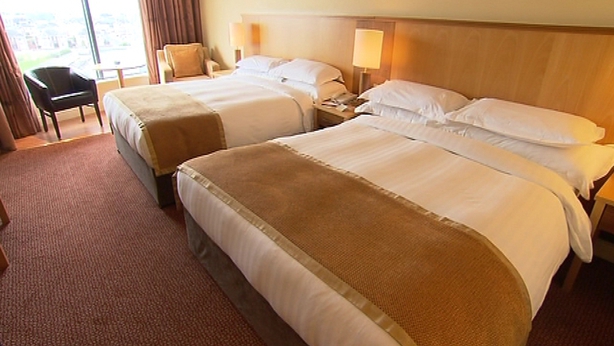 "We have benefited from the continued strong growth of the Dublin market and the start of recovery in the cities and towns outside of Dublin," Mr McCann added.

He also said that the outlook is encouraging for the markets it operates within.

"However, recovery in provincial Ireland is still fragile and I welcome the continued support of the Government for the tourist industry. This support has contributed to increased visitor numbers and the creation of 30,000 new jobs," Mr McCann stated.

The company said that trading in the first quarter is in line with its expectations and its integration plans are on schedule.