Builders merchant and DIY retailer Grafton Group said it made a pre-tax profit of £101m on revenues of £2.1 billion for last year.

Grafton said overall revenues were up 10% and profit up 56% as it benefited from economic recovery and a pick-up in building activity in both Ireland and the UK.

The company reports in sterling as it is listed in the UK where the majority of its business now takes place.

Grafton's chief executive Gavin Slark said that 2014 was a year of significant progress for the company which recorded its fifth successive year of strong profit growth.

"Given that 2014 was also the first full year of recovery in its major businesses, the overall outlook for the group is positive," Mr Slark said. 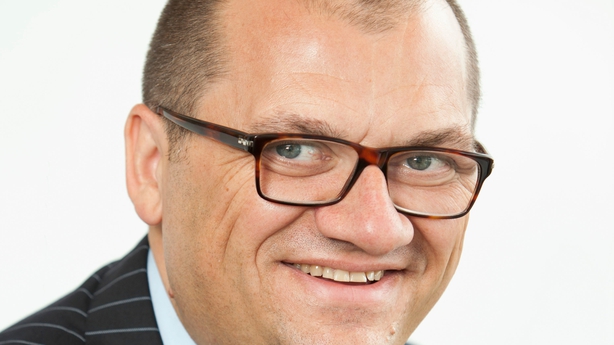 The company said that revenues at its merchanting division, which makes up 90% of group revenue, rose by 10.6% to £1.87 billion while operating profits increased by 34.6% to £110m.

Grafton said its Irish merchanting revenue rose by 6% to £257.5m while operating profits soared by 217% to £16.4m as all of its brands performed strongly in a recovering market.

The company noted that the market recovery which had started in the second half of 2013 in the Greater Dublin area and the country's main cities continued into the first quarter of 2014. It said the pace of growth accelerated sharply in the second quarter as the recovery extended across the branch network and the economy moved onto a firmer growth path.

Meanwhile, its UK merchanting business was also boosted by more positive market conditions and reported solid growth in volumes. Along with a continued focus on margins and costs, this resulted in a substantial improvement in operating profits.

It noted that despite Irish consumer sentiment improving to its highest level in eight years, trading conditions in the DIY market here were subdued.

Grafton said that like-for-like revenue growth in its Woodies DIY chain in Ireland was marginally stronger for the year. The company has 37 Woodies branches nationwide.

Growth in the first half was largely offset by a decline in the second half due to the discontinuation of some non-core lines as the business refocused on its core strengths of DIY, home and garden.