Facebook’s popularity in Ireland has grown to its highest ever level, according to the latest Social Networking Quarterly by Ipsos MRBI.

Twitter is the second most popular social network in the country but trails by a significant margin, according to the survey, with 28% of respondents saying they owned an account.

Business-focused social network LinkedIn is the country’s third most popular network with 24% of people having an account, though just 12% of those use it on a daily basis.

Around 22% of people said they had a Google+ account, with 23% of those using it on a daily basis.

Meanwhile picture sharing site Instagram, which Facebook acquired in 2012 for $1bn, has an Irish user-base of around 18%, according to Ipsos MRBI, with 47% of those using the service every day. 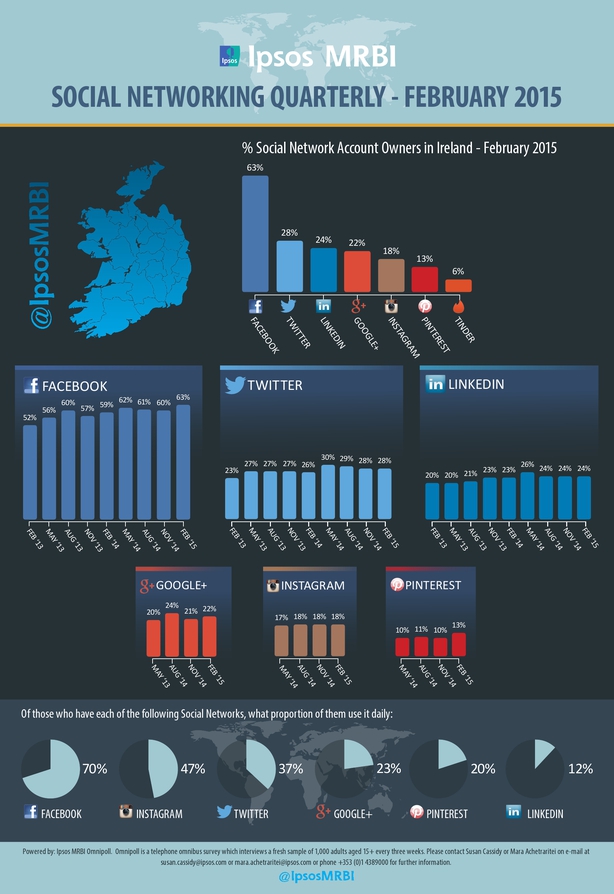 In addition to social networks, the survey also asked respondents about their usage of social messaging services.

Microsoft-owned Skype was the most popular, with 47% of people saying they owned an account, though this is down 4 percentage points on May 2014.

Usage of Skype is also particularly low, with just 7% of account holders using it every day.

Facebook’s Messenger service is second most popular, with 46% of people having an account. A further 46% of those use it on a daily basis, the survey found.

Viber is third most popular, with 43% of respondents owning an account and 28% of those using it on a daily basis.

Facebook-owned WhatsApp has a 38% market-share, with 47% of account holders accessing the service daily.

Meanwhile less than a quarter of respondents – 22% - had a Snapchat account, according to the survey.

However the service - which allows people to send photos and videos with an expiration date – had the best engagement with almost 60% of them using it on a daily basis. 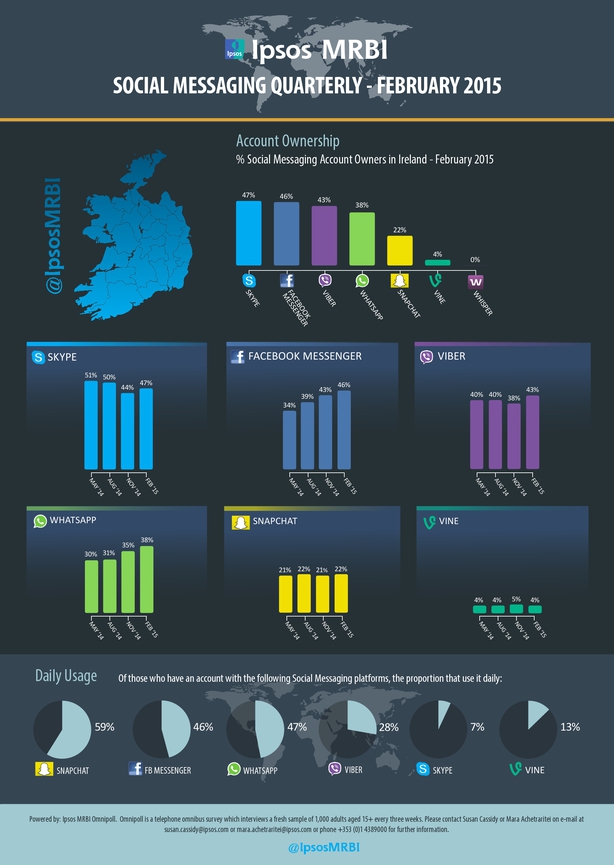