More than €450m was collected through the Local Property Tax last year, according to the Revenue Commissioners, with 95% of liable households paying the charge.

The LPT was introduced in the middle of 2013 and recorded a compliance rate of 91% during its first six months, with €242m raised during the period.

Revenue said the figures showed a “strong compliance culture among our customers”, adding that it had received €39m in payments for this year’s charge.

Revenue’s headline results for 2014 confirm the Exchequer’s receipt of almost €41.3bn over the course of the year.

There was a 4.5% increase in the number of PAYE employees during the year to 2.4m - though this includes people with multiple employments and those in receipt of occupational pensions.

A further €222.7m was received through collections enforcement, up slightly on the previous year, while €88.5m was gained from settlements with tax defaulters.

Seizures of cocaine and heroin accounted for the largest portion of this, representing €73.4m of the total amount, while cigarette and tobacco detections accounted for almost €30m. 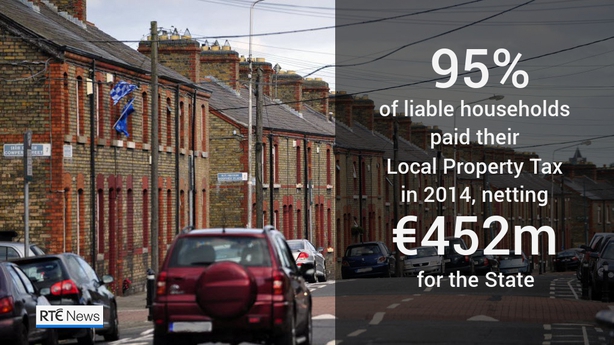 Revenue said it received more than 2.2m calls to its telephone services during the year, with more than 660,000 relating to the Local Property Tax.

Customers made contact online more than 5.7m times, while 2.3m letters were received in the year.

In addition to a high compliance rate for the Local Property Tax, Revenue said compliance was also strong amongst most businesses.

Other cases, which would include companies with smaller returns, had a lower rate of compliance, however, at 83%.