The Bank of England's response to the global financial crisis was "exciting" to work on and prevented another Great Depression, its former governor, Mervyn King, has said.

Mr King claimed his actions, alongside the former chief of the US Federal Reserve Ben Bernanke, prevented a repeat of the economic depression of the 1930s in Britain and the US.

King said that once US banking giant Lehman Brothers collapsed in late 2008, triggering the beginning of worldwide economic collapse, he found the crisis easier to handle.

Mr King, as head of the bank's Monetary Policy Committee between 2003 and 2013, was at the heart of the response to the global crash as he was in charge of setting Britain's interest rates and controlling the supply of money.

He told the BBC Radio 4 Today programme: "It was exciting and it was fascinating and it was the sort of problem that we had trained to deal with over many years".

"I think both Ben and I felt that having spent a good deal of time thinking through the intellectual foundations of what to do with a banking crisis and the opportunity to deal with one was one that we were well prepared for. And I think that the harder the problem, the more dramatic problem in October 2008, the easier it was to deal with because the solution was more obvious. It was trickier back in 2007 when it was actually less obvious," he said.

Asked whether he should have been more transparent over the practice, as new Bank governor Mark Carney has sought to do, Mr King said: "I think we had a great deal of transparency and indeed the Bank of England was at the forefront of introducing transparency from 1992 onwards"

"But I think there is a big difference between explaining why you are taking actions and saying what things you think will result from it which are positive in nature from saying we are taking actions to prevent a disaster occurring," he stated.

"Earlier in the programme we were hearing about Greece - Greece did not prevent something terrible happening, Greece has been through a repetition of the Great Depression as far as it's concerned," he added.

Mr King was guest editing the Today programme and interviewed Ben Bernanke, who said central bankers tried not to think of the global consequences of their actions to help focus on their response to the crisis. 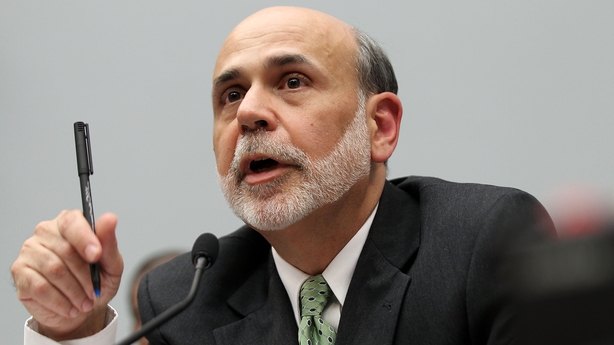 "It certainly was a lot of stress; the crisis was so complicated, there were so many different aspects to it and the response of the Federal Reserve and the Bank of England was so complex and so many moving parts that I felt like a pilot in a cockpit, always trying to keep my eye on every light that was going red," the former Fed chief said.

"So by focusing so much on the individual task, we tried not to be thinking all the time about the consequences for the world of these decisions and that seemed to help somewhat," he added.

The effects of the financial crash are still being felt around the world, with the euro zone still facing crisis and the nature of Britain's economic recovery set to be a central issue in next year's general election.