Switzerland's central bank has announced it was introducing negative interest rates in an attempt to stop the Swiss franc from gaining further value.

The Swiss National Bank is imposing a rate of -0.25% on certain bank deposits, with the aim of pushing the target range of a benchmark interest rate into negative territory.

The rate on sight deposits, funds that can be accessed immediately, will come into force on 22 January and only apply to balances above a certain threshold.

The SNB said the aim was to take the three-month Libor rate, which Switzerland uses to determine interest rates on mortgages and savings accounts, into negative territory.

Analysts have been expecting the bank to push rates into negative territory, which is designed to make it less attractive to hold Swiss franc investments.

The SNB reiterated its "utmost determination" to stop the Swiss currency gaining value and to keep to an exchange-rate floor of 1.20 francs to the euro, in an attempt to protect the country's vital export industry.

"Over the past few days, a number of factors have prompted increased demand for safe investments," it said.

"The SNB is prepared to purchase foreign currency in unlimited quantities and to take further measures, if required." 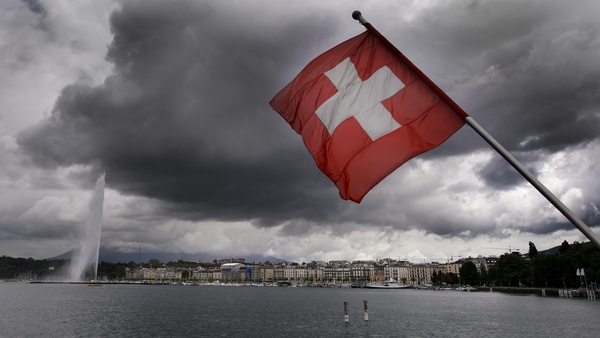 Switzerland lowers growth forecasts for both this year and next