Negotiators from the European Parliament and national governments have reached agreement on a law setting up a Single Resolution Mechanism to deal with failing banks.

The draft agreement will now go to European Finance Ministers and a full session of the European Parliament to be voted into law.

The Single Resolution Mechanism (SRM) was the last element of the so called "banking union", which needs to be in place before the results of a Europe-wide series of bank stress tests are released in November.

At that time the ECB will take responsibility for supervising Europe's most important banks.

Europe ran a risk of more market turbulence if some banks were deemed to fail the stress tests, but no mechanism for resolving the banks was in place.

According to European Parliament negotiators - who finished 15 hours of talks at 7am this morning - the agreement changes the original proposals by streamlining the decision taking process and minimising the role of national governments.

This should allow a bank resolution to be achieved over a weekend, between the closing of the US markets on a Friday night and the opening of Asian markets early on a Monday morning.

The new agreement also speeds up the timeframe for mutualisation of resolution costs - the sharing out of the pain involved in paying for a bank resolution.

In the event that taxpayer funds are needed (the intention is that bank shareholders, bondholders and the wider banking industry should pay up first), 40% of the cost would be spread over all participating counties, rising to 60% in year two and 70% in year three. The costs would be fully shared by year eight.

This contrasts with a mutualisation element that would ramp up by just 10% a year in the original proposal. 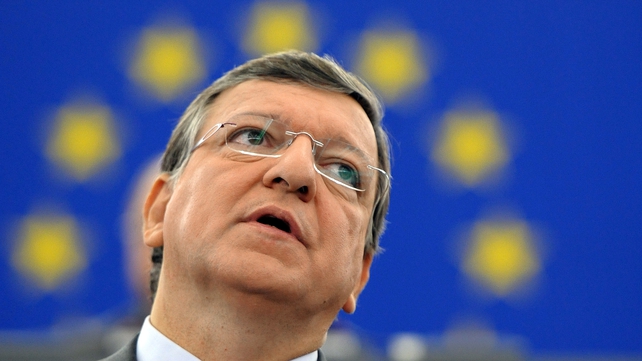 According to the European Parliament's website, the deal improves in the following ways on the finance ministers' initial plans:

- The ECB supervisor will trigger the whole process, being responsible for deciding whether a bank is on the brink of failing. The Resolution Board may ask that the ECB takes such a decision and if the ECB declines to do so, then the board itself may take the decision. The ECB is therefore the main "triggering" authority but the board may also play a role if the ECB is reluctant or hesitates to act.

- The Commission will adopt draft resolution schemes, or action plans, drawn up to address a specific case of a failing bank. The Council will be involved only at the Commission's express request. This will avoid pervasive political interference in individual resolution cases, a key concern for MEPs.

-  The time for decisions to be taken on the establishment of a resolution scheme was reduced. The decision-making process was also greatly streamlined. A resolution scheme could therefore be approved within a weekend, from the closing of the US markets to their opening in Asia. This was also a key requirement for MEPs.

- A system will be established, before the regulation enters into force, which will enable the bank-financed single resolution fund to borrow. This will allow it to increase its firepower, an ability MEPs stressed would be particularly crucial in the first years when the fund would only have a small capitalisation, and

- 40% is to be mutualised in first year, 20% in second year and the rest equally over a further six years. The national funds would pool 60% of all their resources by year two. Rapid mutualisation was a key issue MEPs wanted settled before the intergovernmental chapter could be given a green light.

But the fund will not be able to rely on the euro zone bailout fund to borrow extra money if it runs out of funds. Critics say this meant that the banking union will never live up to its name.

"Today's political agreement on the single resolution mechanism completes our banking union. This will strengthen confidence and stability in the financial markets and help restore lending to the economy", commented European Commission President, José Manuel Barroso

"Today's compromise allows us to complete the architecture of the banking union for the euro zone. This would not have been possible without the assiduous work and spirit of compromise demonstrated by both co-legislators," said the Internal Market and Services Commissioner, Michel Barnier.