The Central Bank is forecasting an improvement in the Irish economy this year, with increases in consumer spending and investment by businesses.

But in its first quarterly bulletin of 2014, the bank warned that reducing debt levels in the economy - both Government and private - is needed for sustainable economic recovery.

It said restoring the banking sector to full functionality, and most importantly, raising the employment level are also necessary.

The Central Bank said today that continued adherence to the policies that were in place during the bailout programme "remains essential" to overcome the challenges ahead.

On the public finances, the quarterly bulletin said the deficit will come in below the 7.5% of GDP target, and the debt/GDP ratio has already peaked, at a slightly lower level than previously expected.

But it stressed that debt and deficit levels remain extremely high, and further consolidation is needed in the coming years to ensure the debt is set on a downward path.

It is forecast to rise further to 3.2% in 2015, buoyed by a forecast recovery in Ireland's main trading partners to long-term trend growth levels by then.

Many economists view GNP as a better guide to the Irish domestic economy as it effectively strips out the activities of foreign-owned multinationals.

The balance of payments current account is set to rise further, from an estimated 6.1% last year to 6.7% this year and 7.1% next year.

Investment in machinery and equipment, which fell by 10% last year, is forecast to rise by 7% this year and 10% next year.

With more people in jobs and companies spending on investment, the Central Bank believes consumer spending will be modestly positive this year, growing by 1% after several years of falling spending, and contributing to an equally modest gain in domestic demand.

However, inflation will not help the Government's efforts to right the public finances. HICP inflation is forecast at 0.4% this year, similar to last year's 0.5%, and is forecast to rise to a mere 1% in 2015 - half the target rate of the European Central Bank.

Very low inflation makes it harder for the Government, firms and households to service their debts, as inflation erodes the real value of debt. 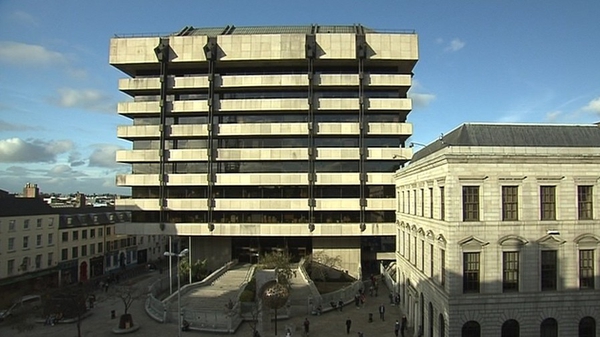 Despite signs of recovery, Central Bank warns of challenges