Barclays chief executive Bob Diamond has resigned with immediate effect in the wake of the rate-rigging scandal at the bank.

The US banker, who had faced mounting calls to step down over recent days, said: "The external pressure placed on Barclays has reached a level that risks damaging the franchise."

"I am deeply disappointed that the impression created by the events announced last week about what Barclays and its people stand for could not be further from the truth," he added.

The move comes after Barclays was fined £290m sterling by UK and US regulators for manipulating the Libor, the rate at which banks lend to each other.

Chairman Marcus Agius, who announced his intention to resign over the affair yesterday, will lead the search for a new chief executive immediately.

Mr Diamond, who was once dubbed the "unacceptable face of banking, initially showed no sign of stepping down yesterday as he pledged to see an internal review into Barclays' practices through to implementation.

The 60-year-old, who joined the bank 16 years ago, said: "My motivation has always been to do what I believed to be in the best interests of Barclays. No decision over that period was as hard as the one that I make now to stand down as chief executive."

"I know that each and every one of the people at Barclays works hard every day to serve our customers and clients. That is how we support economic growth and the communities in which we live and work," he added.

Mr Diamond confirmed he would still appear before a Treasury Select Committee tomorrow to answer questions over the rate-fixing allegations which ultimately led to the Government yesterday launching a parliamentary probe into banking culture.

''I leave behind an extraordinarily talented management team that I know is well placed to help the business emerge from this difficult period as one of the leaders in the global banking industry,'' he said.

Britain's Serious Fraud Office yesterday announced that it was considering whether it was "appropriate and possible to bring criminal prosecutions" over the issue, adding that it hoped to reach a conclusion within a month.

British Prime Minister David Cameron also announced a parliamentary inquiry into the revelations that Barclays traders had lied about the interest rates other banks were charging it for loans.

The scandal, which might implicate other international banks, concerns manipulation of the Libor and Euribor rates which play a key role in global markets, affecting what banks, businesses and individuals pay to borrow money.

Barclays this afternoon said its chief operating officer Jerry del Missier had become the latest high-profile executive to resign over a rate rigging scandal at the British banking giant.

Del Missier was previously president of Barclays Capital and co-chief executive of corporate and investment banking. He only took up the role of COO last month.

He said in a statement he was "proud" of what Barclays had achieved. "We built one of the premier global investment banks from scratch - something that we are all very proud of," he said.

"The firm is as strong today as it ever has been and is incredibly well placed to succeed within the post financial reform competitive landscape,'' he added.

Outgoing chairman Marcus Agius added that Del Missier had "played a pivotal role in many of Barclays standout successes during the last 15 years, including his extraordinary contributions as part of the leadership team that built the investment bank."

Diamond's decision to go was his own - FSA

The decision by Bob Diamond to quit as chief executive of Barclays was made by Diamond and the bank's board, Britain's financial watchdog said today.

The Financial Services Authority said it had no view on who should be the lender's next chief executive.

The FSA chairman, Adair Turner, said he and colleagues at the watchdog had private conversations with Barclays about the challenges the lender faces to bring about the needed cultural change at the bank. He declined to comment on whether the new CEO should come from outside the group.

"We will simply be interested in making sure they get a very high quality person who is technically capable of running a large bank and achieve the cultural change that is required. That could be internal or external," Turner said.

Turner said the next settlement in the Libor scandal would likely be before the end of the year.

Shares in Barclays were higher in London trade today after Diamond's resignation. 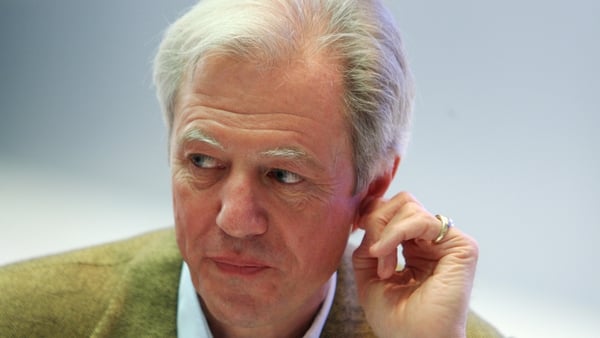