BSkyB no longer dominates the British pay-TV movie market following the arrival of new entrants Lovefilm and Netflix, a regulator has said.

This was a boost to the broadcaster by reversing its initial findings.

"Competition between providers of movie services on pay TV has changed materially and, as a result of these changes, consumers now have much greater choice," said Laura Carstensen, chairman of the Competition Commission investigation.

"Lovefilm and Netflix offer services which are attractive to many consumers and they appear sufficiently well resourced to be in a position to improve the range and quality of their content further," she said today.

Given the findings, the regulator said it would now not propose any remedial action. It will review responses to its revised finding before reaching its final verdict.

The provisional finding was a reprieve for BSkyB which has clashed repeatedly with regulators in recent years over its dominance of pay-TV, putting at risk its ability to lure customers with the offer of exclusive movie and sports content.

The Competition Commission had previously found that Sky's subscriber base of more than 10 million homes gave it an advantage over rivals who struggled to bid for the rights to first-run Hollywood movies.

While the commission noted today that BSkyB still held the rights to the movies of all six major Hollywood studios for the first subscription pay-TV window, it said Netflix and the Amazon-owned Lovefilm had already acquired rights to several other studios.

UBS analyst Polo Tang said the announcement was a small positive for BSkyB, which would add to the solid trading, scope for price rises and the potential for more share buybacks, which have supported the group through the economic downturn.

The news was a blow to rivals, such as British telecom group BT and cable operator Virgin Media, who have said BSkyB can make a better business case for buying the most sought-after movies because it has more customers.

For its part, BSkyB has said firms such as BT, with a market value of £16 billion, could afford to compete for rights if they chose to.

The commission did concede that competition in the pay-TV retail market was overall ineffective, however it said the scope of its investigation was limited by the terms of the reference.

One of the proposals suggested by the Commission last year was a cap on the number of major studios agreeing exclusive rights with BSkyB, which would have allowed others to buy the rights and become more competitive.

BSkyB was also due to launch its own internet-based service this year which will offer movies without the need for a full BSkyB subscription.

"Virgin Media strongly disagrees with today's provisional findings by the Competition Commission and continues to support its earlier findings of 2011, that Sky's control of movie rights is restricting competition in the UK, leading to higher prices, reduced choice and less innovation," a spokesman said.

A BT spokesman said it was pleased the commission had acknowledged competition in the pay-TV market was ineffective and was disappointed the regulator had not taken the action available to it to deal with the problem. "We cannot see how this is in the best interests of consumers and we intend to respond to the CC's consultation on this basis." 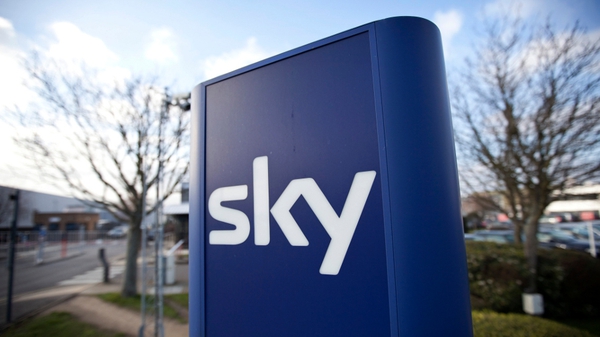