The Government has revised its forecast for economic growth for 2012.

The figures are in line with recent forecasts from the Central Bank and the IMF and also uses the most recent data.

For GNP - which excludes foreign multinationals and better reflects the domestic economy - the forecasts show more contraction at -0.2%.

The Department of Finance says the estimates will not impact on its deficit target for this year of 8.6%, and first quarter exchequer returns show revenues as expected.

The stability update also shows who Ireland owes its €169 billion of debt to. Half of it is due to the bond markets, who the NTMA have not borrowed from since September 2010

€14 billion comes from state savings - that includes prize bonds and other savings from the public.

Just over €28 billion is left on the Anglo promissory note, while the EU/IMF troika is due almost €36 billion. The remaining €6 billion is for short-term borrowing and the housing finance agency. 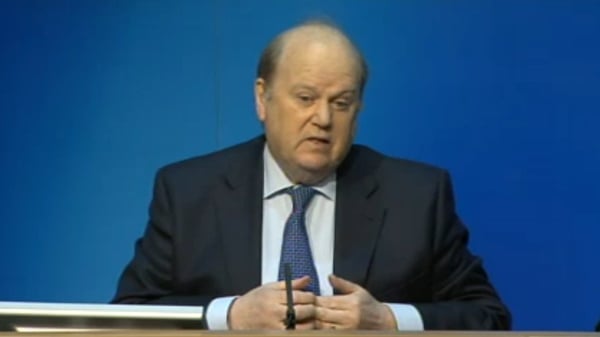