A group of Permanent TSB buy-to-let tracker mortgage customers are to challenge a decision by the lender to terminate the interest-only period of their mortgages.

The new information campaign - Protect our Trackers - focuses on highlighting the issue to affected Permanent TSB customers and informing them of their options.

The group is being advised by Dublin-based solicitors Walter Odlum & Company which has set up a website protectourmortgages.com to help those who have received letters from the PTSB advising them of the changes.

Walter Odlum says he believes up to 18,000 customers could be on tracker buy-to-let mortgages who are also on interest-only deals.

The bank's buy-to-let customers have been told that they must change to capital and interest repayments or they will lose their tracker rate. PTSB says this is in line with their mortgage terms and conditions which offered interest only mortgages for three years only.

"Interest only was a devise to help people in the early years but an indefinite interest only regime is unsustainable. Otherwise when the customer comes to the end of their working lives they will have a large lump sum to pay so it's in both the bank and the customers interests," said a spokesman for Permanent TSB.

Special conditions in standard PTSB contracts also give the bank the sole discretion to abandon the ECB rate as the reference rate for the tracker mortgage.

However the bank says it is giving people the option of staying on a tracker rate if they move pay off capital as well.

And, in recognition of the hard times, it says it is offering customers who would struggle with capital repayment, the option of staying on interest-only payments but with an increase in the interest rate of one percentage point.

But Odlum believes customers may still have a case.

"The thing is did Permanent TSB stress test these customers on buy-to-lets for capital repayment mortgages. They probably did not. Many of these people can get by on tracker interest only but not on capital repayment," says Odlum.

He says the special conditions are clear but that if they conflict with other clauses in the contract which give the customer reason to believe they have the right to say, an interest only mortgage for a certain number of years, then he may have a legal case.

"We have been to a leading senior counsel and he believes they may be in breach of their contract," says Odlum.

Buy-to-let customers face a threefold increase in their monthly repayments if they are forced to switch to capital repayments. A customer who borrowed €300,000 in 2005 over 25 years currently pays about €525 a month, before the ECB rate increase. This repayment would rise to about €1,600 under Permanent TSB's proposal.

Odlum says customers faced with this demand by the TSB have one of two options:

1. Accept the changes and move off a tracker mortgage

2. Tell the PTSB you can't afford it, but the bank will come back and say 'ok, you can stay on the interest-only, but at a higher rate'.

Odlum says he will not advise customers to stop paying their mortgages because this would be in breach of their contract.

Special Condition number 4 allows the bank to abandon the ECB base rate as the “reference” rate to its tracker mortgages and replace it with some other, unspecified rate. 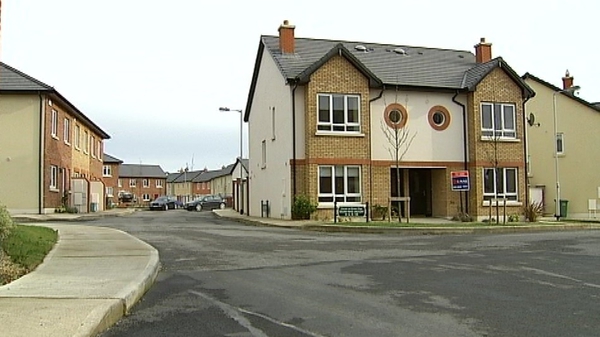