AIB has started an advertising campaign reminding current account customers that from June it won’t be paying interest to those in credit.

So where can depositers get a decent return for their hard-earned options?

Generally, banks are offering pretty good interest rates of about 3% to 3.5% for no-strings attached savings accounts. EBS is offering as much as 4%, but there are conditions – you can only withdraw money twice per year and the rate is fixed for a 12 month period and will then drop to 3%.

The Consumer Agency runs a very good compare and contrast website which is updated regularly which will help identify what deposit accounts would suit you.

Niall Brady, Money Ireland editor at Sunday Times, tells business reporter, Conor Brophy on Drivetime that the interest rates on deposit accounts could go up further if the ECB rates increase, as expected, on April 7.

You can listen to the full interview on this podcast - the discussion starts 19 minutes into the 25 minute podcast.

“Banks are so desperate for our money, they’ve been paying super rates of interest – or for them super rates of interest of 3 and 3.5 per cent and we have been in deflation up to last August, the problem now is inflation has been creeping up and since last budget, the Dirt tax on interest you earn is now at 27 per cent, so it’s become more of a challenge to keep the purchasing power of your money in your deposit account.”

There are a number of other variables that customers have understandable concerns about including the longevity of the bank deposit guarantee and the ECB interest rate hikes.

First, the bank guarantee, at the moment the scheme, which has been in place since September 2008, guarantees €100,000 per customer, per financial institution.

If the banking debt ends up too much for the state to carry, will that not mean the guarantee will be jettisoned?

“There is an expectation that in a doomsday, worse-case scenario that if the state couldn’t honour that guarantee that the ECB might.

If ECB cranks up raises, will that benefit savers?

“That’s the million dollar question. Banks would certainly argue they have been paying above what they should be paying for deposits and have been since this crisis began.

“The big question is when the interest rates start to rise will they use that as an opportunity to pull back at make some more money for themselves,” says Brady.

“That would be their inclination. I think the problem is they are still deposits for our cash and, as we see, banks are finding it impossible to raise funds anywhere else other than from depositers, maybe don’t expect all of the increase, but certainly expect most of it.” 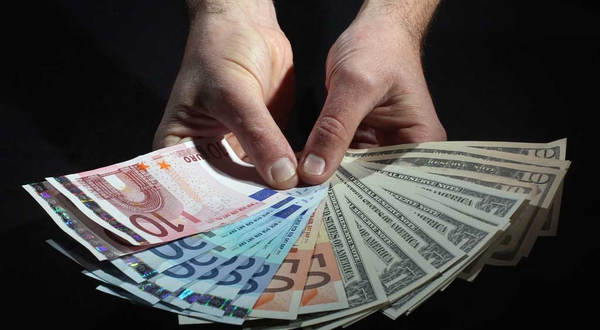