Some excellent programmes coming up in November

As we turn the corner into the last month of the year, Vlad has a special programme in store for the death anniversary of Claudio Monteverdi on November 29th, featuring an interview with NUI Maynooth professor Dr Antonio Cascelli, kicking off a month of Italian and international early music in the month leading up to Christmas. Music by the Cremonese master, who first made Mantua, and then Venice, his home is part of the programme today, in all of its sacred and secular, vocal and instrumental glory! 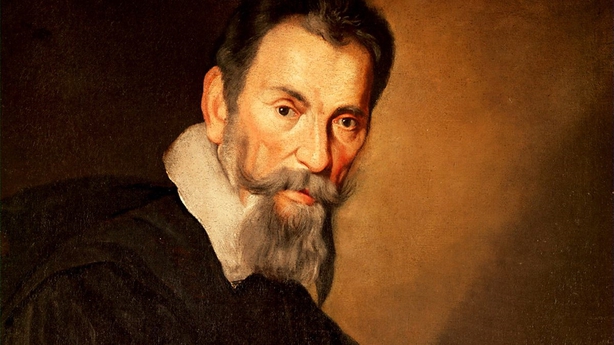 Sunday December 13th
A Beethoven year draws to a close, and Vlad dives in to the stirring sound-world of this most enigmatic composer. Although is repertoire figures quite late on Vox Nostra's musical calendar, HIP performances of Beethoven's music by experienced fortepianists on historical instruments bring us ever closer to the way in which Beethoven may have conceived and heard his compositions. On the subject of hearing Beethoven, Vlad takes a moment to explore a most unique recording with fortepianist Tom Beghin: 'Inside the Hearing Machine'. The title refers to the 'Gehörmaschine', a contraption which Beethoven's colleague André Stein built in 1820 to go on top of the composer's Broadwood piano, and Beghin--a researcher-performer at the Orpheus Institute in Ghent, Belgium--invites us into the 'multisensory playground' that is Beethoven's Hearing Machine.

Sunday December 20th
Vlad's loaded lots of songs and 'gurdies on his sleigh in preparation for Christmas week--Yuletide carols and villancicos, Christmas sinfonias and concertos, and new early music releases for the festive season: music from the last thousand years to cheer your spirits as we head towards the 25th of December. Plus, we'll get to hear a new release from Resonus Records, Alpha & O, with the Choirs of St Catharine's College, Cambridge  under Edward Wickham.

Christmas Day:  Friday 25th December
Centuries of Christmas with Vlad Smishkewych: Vlad returns to Christmas morning on RTE lyric fm with a millennium of music for this special day. He'll explore the roots and branches of the heartwarming musical traditions around the Christmas-celebrating world, with a magnificent musical accompaniment to the day's holiday celebrations. New releases of seasonal music interweave with beloved favourites in a festive garland of melodies to accompany the festive day.

Sunday 27th December
A year in review: and what a year it has been! Vlad reflects on the 52 Vox Nostras of 2020, selecting his favourite piece from each week's playlist since the beginning of the year.

Join Vlad Smishkewych in exploring the last millennium of vocal and instrumental music as historical instruments and techniques bring the sounds of ages past to our modern ears.

Title: Toccata For Chitarrone No. 11