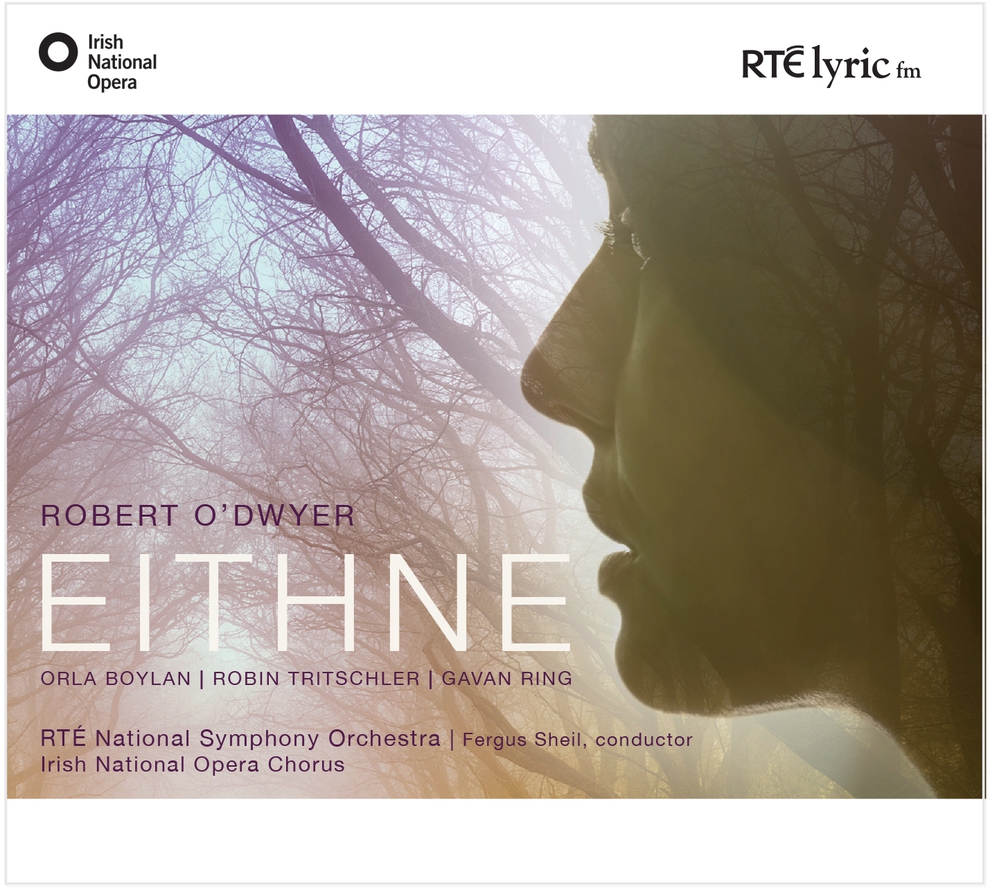 This double CD with extensive sleeves note is based on the first concert performance of Eithne in over one hundred years by Irish National Opera and the RTÉ National Symphony Orchestra. Conducted by Fergus Sheil, Eithne features a stellar cast of Irish singers including Orla Boylan, Robin Tritschler and Gavan Ring.

The dramatic plot of Eithne is drawn from the magical legend Éan an Cheoil Bhinn (The Bird of Sweet Music). Composed by the English/Irish composer Robert O'Dwyer, the libretto was written by renowned academic and playwright Tomás Ó Ceallaigh. The story follows the adventures of Ceart, chosen heir to the High King of Ireland, and his ne'er-do-well brothers Art and Neart. Together they travel to the Land of Eternal Youth (Tír na nÓg) in pursuit of a mysterious bird. Unbeknown to the brothers the bird is Eithne, daughter of the King of Tír na nÓg. Cursed by her father, she must remain in birdlike form until a worthy warrior defeats the gigantic Guardian Spirit of their land, thus winning Eithne’s hand and releasing her from the spell.

The music of Eithne is immediately appealing, sitting firmly within the sphere of the late-nineteenth European operatic tradition, while also incorporating elements of Irish musical motifs. If the influence of Wagner occasionally looms large, the soft consonants, long vowels and in-line rhyming of the vocal score reveal the Irish language as completely apt for the operatic stage.

The Irish Times in 1909 reported that the premiere of  Eithne, conducted by the composer (grasping a length of penny-cane in lieu of his forgotten baton) was ‘...enthusiastically received...’ Its revival more than a century later was greeted by a full house in the National Concert Hall, Dublin and was described by critics as a ‘...remarkable revival of an intriguing opera.’

This double CD recording of Eithne with 68 page booklet containing the full libretto and English translation along with Gavan Ring’s essay about the composition of the opera by Robert O’Dwyer is a must for all music collectors!