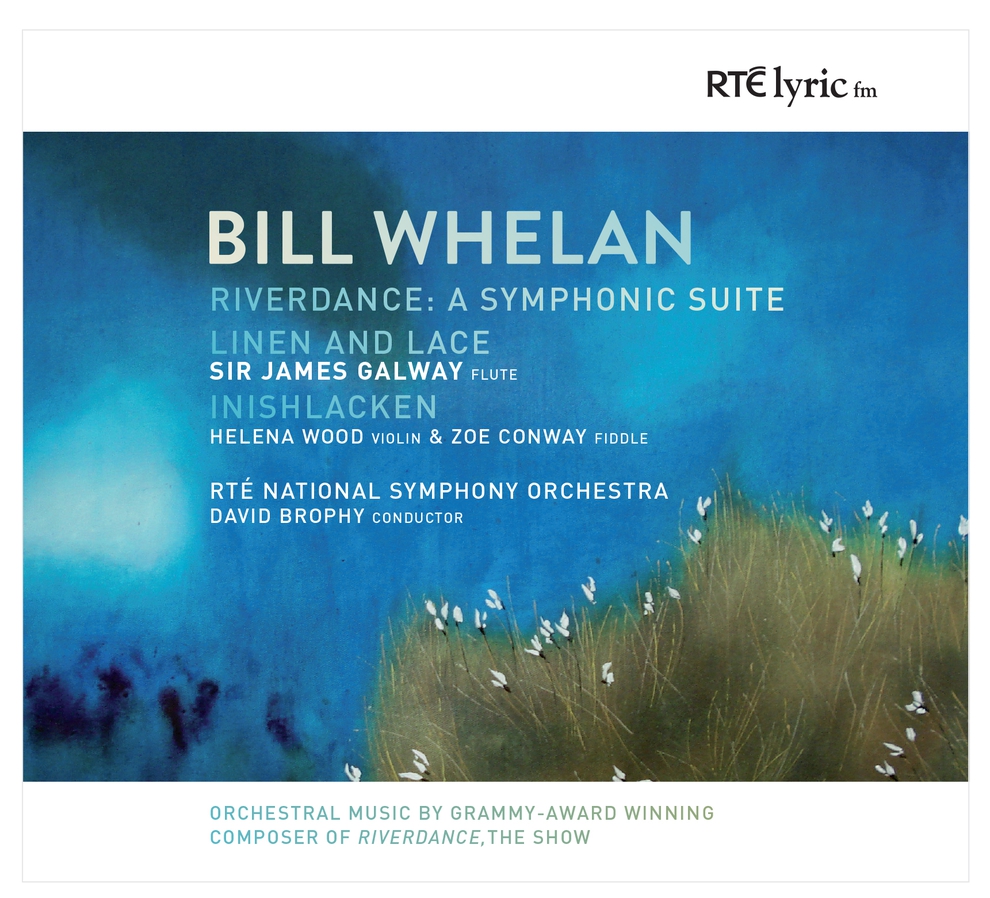 Bill Whelan - Riverdance: A Symphonic Suite and other works

Bill Whelan created the music for Riverdance in 1994 as an interval act for RTÉ’s hosting of the Eurovision. It was one of those seismic moments of culture in which his use of traditional idioms in a completely new composition reframed the way Irish music and dance was viewed not just by people outside of the country but also at home. The show has been seen by over 24 million people in more than 450 venues worldwide. This premiere recording of three of Whelan’s major compositions, performed by the RTÉ National Symphony Orchestra conducted by David Brophy, again reveals his ability to create original and accessible new music, this time in an orchestral context.

He wrote Linen and Lace, a flute concerto for Sir James Galway as a work that musically unites their respective home cities of Belfast (linen) and Limerick (lace). In three sections, the first two begin briefly with melodies associated with that city but then quickly move into a virtuosic celebration of powerful human force intrinsic to any true sense of place: flute, harp and orchestra variously duet, brass fanfares and marches conjure the industrial life and energy of Belfast and Limerick before the work concludes with a solo flute cadenza.

Inishlacken is a concerto for two violins (one in the classical style played by Helena Wood and one traditional played by Zoe Conway), named after a deserted island off the Galway coast. This first movement imagines a trip in a currach out to Inishlacken before a beautifully evocative middle section in which the two violins mimic the whirling flight of restless seabirds as they wheel and swirl around the island. Finally, evening on Inislacken is conjured in memory of the departed inhabitants as the quiet sunset is replaced by the music and dance.

The third work on the CD is Whelan’s symphonic setting of the music of Riverdance. He has kept the rhythmic energy and melodies that make the work so popular but presents all the themes in a way that is playable by the majestic sweep of a full orchestra, without the traditional musicians.