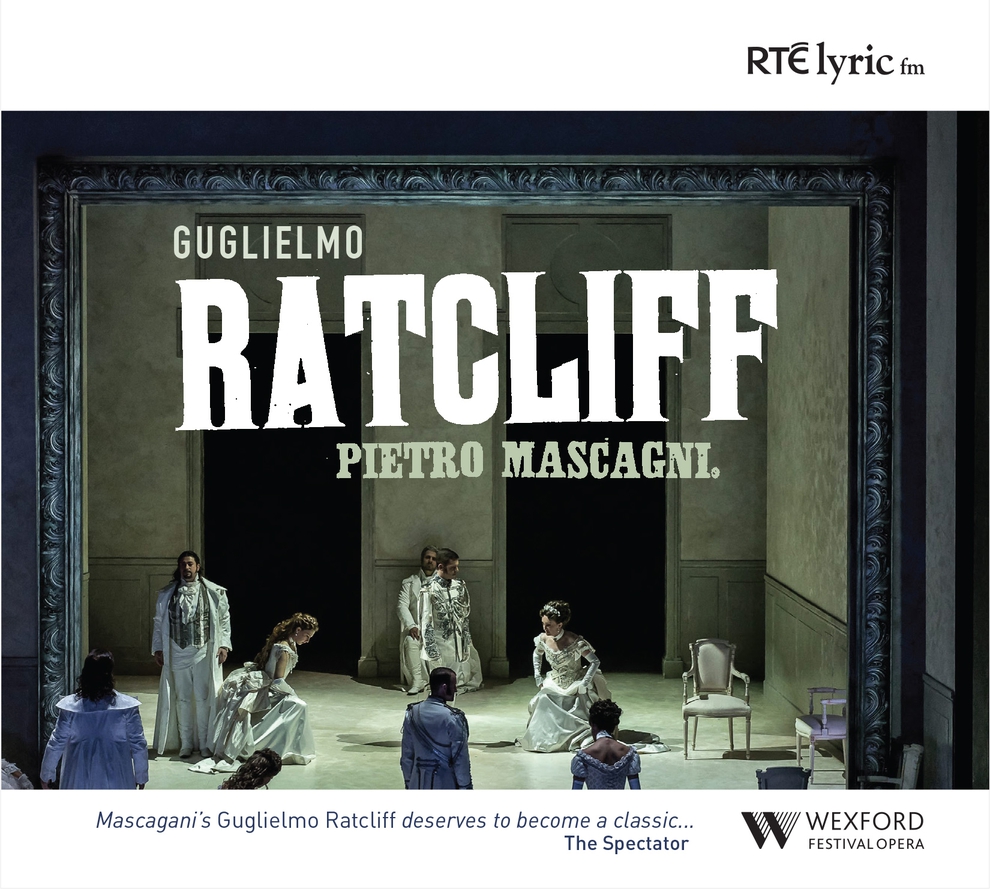 The critically-acclaimed 2015 Wexford Festival Opera production of Pietro Mascagni’s Guglielmo Ratcliff is now available on CD on the RTÉ lyric fm label in association with Wexford Festival Opera. This joint project between the two organisations originated through RTÉ lyric fm’s live broadcast of the opera nationally and to public service radio stations internationally via the European Broadcasting Union during the 2015 Festival.

Now the recording of Guglielmo Ratcliff, nominated ‘Best Re-discovered Work’ at the 2016 International Opera Awards, has been remixed and released as a lavish double CD set with accompanying programme notes, libretto in Italian/English, and selected production photographs by Clive Barda.

Guglielmo Ratcliff is based on a tale of unrequited love by Heinrich Heine, which struck a particular chord with the 19 year-old Mascagni. Although he started work on his version of the Ratcliff story while studying at the Milan Conservatory, it was more than ten years later before the composer would conduct Guglielmo Ratcliff from the podium of La Scala. The complexities of staging and challenges facing singers in the title roles meant that the opera has rarely been performed or recorded.