Finding authentic old-school areas of Dublin is not easy, and as the city continues to develop in these post-recessionary times, it becomes even harder. But one part of the city – for now at least – has retained its charm and links to the past as well as, if not better than, any other area.

That area is The Liberties in Dublin 8 – a name deriving from the Anglo-Norman time when this part of the city was united to Dublin city but kept its own jurisdictions.

Located just outside the old walls of Dublin, The Liberties is essentially still an old Dublin village with a vibrant and tight-knit community, as well as a sense of Dublin before the modern era. But it’s also embracing the future and incorporating new elements, to ensure it keeps pace with change.

We’ve picked some highlights of the area to give you an introductory flavour to one of Dublin’s great districts.

1. Jack Roche – The Liberties Greengrocer
Much of the street markets remain, but just two greengrocers remain on Meath Street, which is known as the Market Quarter.

Jack Roche is something of a local celebrity and comedian who knows of all the goings-on in the area. His father ran the shop before him, and he gives everyone who drops into his shop a detailed quizzing on their life as well as serving them the best fruit and veg in the city.

With classical music often playing in the shop, Jack regales customers with tales of the history of the area, and its local celebrities, which include musician Imelda May, actress Brenda Fricker and former World Middleweight Boxing Champion Andy Lee. He also does it all with a smile and is nicknamed the Meath Street Comedian.

2. The Liberty Market
Directly opposite Jack Roche’s shop is the Liberty Market. Anyone who has been to and loved the Grand Bazaar in Istanbul will feel right at home here.

Jam-packed with almost every type of clothing you can think of, it’s a labyrinth of vendors and Dublin banter and - like Jack Roche’s - retains a link to a time when Dubliners did their shopping without the help of chain stores.

3. The Coombe Maternity Hospital memorial plaque
Before the Coombe Hospital moved to its new location in Dolphin’s Barn it was located on The Coombe itself until 1967.

The original entrance portico remains, with a plaque detailing the history of how the building came to be. Well worth a stop-off to see a little piece of Dublin history.

4 Legit Coffee Co
One of the newer additions to the area is Legit Coffee Co on Meath Street. Opened by a former LinkedIn employee from France, it sprung up a year ago and has established itself as one of the best coffee shops in Dublin, with a Polish barista serving up superb flat whites and an excellent brunch menu on offer.

The interior design is sleek and minimalist, making it distinctive for its difference in the area. It’s a symbol of the new developments coming down the tracks.

5. St Augustine’s Church
There are plenty of churches in the area, which comes as no great surprise given the traditional nature of the district, but our favourite is St Augustine’s on Thomas Street, also known as John’s Lane Church.

The exterior is nothing too special, but once you peek inside you get to see a spectacular example of French Gothic Revival architecture, which is also an oasis of calm compared to the hustle and bustle on the street outside. It also boasts stained-glass windows by the Harry Clarke Studio and Michael Healy.

Our picks are the very traditional O’Sullivan Antiques, which also has an outlet on East 10th Street, New York. And Anonymous, a retro and vintage specialist shop run by Andrew Hall, a former car salesman turned antique dealer.

7. John Fallon’s The Capstan Bar*
Dublin has no shortage of bars, we’re all very aware of that. But some are special, and John Fallon’s is one of them.

A standard enough exterior betrays a warm oak-panelled interior, which serves one of the best pints of Guinness in Dublin in a room decorated with knick-knacks and trinkets. Throw a vintage snug and excellent toasted ham and cheese sandwiches into the mix, and you’re onto a winner.

We love the Guinness Storehouse for three reasons:

1 - Walking around the brewery’s original brick structures on the way to the storehouse evokes memories of the 1700s, when Guinness was founded.

2. The visitor centre itself is superb.

3. A pint of Guinness* in the Gravity Bar, with its view over the city below, is one of the best things to do in Dublin, whether you’re a Dubliner or a guest in the Fair City. 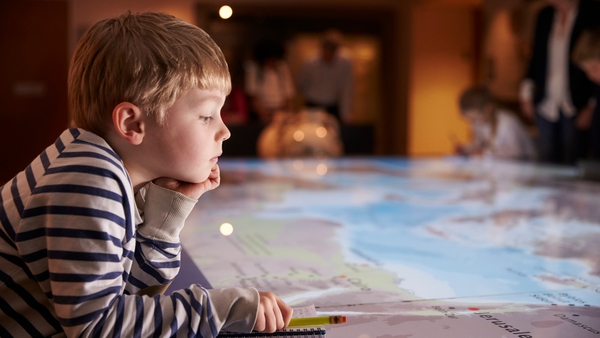