Spain is a huge country: 505, 992 sq km to be precise, and within that, there are 17 autonomous regions, all with their own special traits and characteristics that define them and make them unique.

The largest of the four countries and territories on the Iberian Peninsula in general needs no introduction to most Irish tourists.

Destinations such as the Canaries, Barcelona, and Marbella are some of the most-visited holiday locations for the Irish. The next step in understanding Spain as a destination is often the capital Madrid, one of the great European cities, which is home to arguably the world’s finest football team in Real Madrid – and also their stunning stadium the Estadio Santiago Bernabéu, which also houses a museum dedicated to the club.

The city is also home to the Prado and Reina Sofia Museums, and the Royal Palace: the city is a cultural goldmine. But Madrid also serves an excellent entryway to one of the less-visited regions of Spain: Castilla y Leon.

Despite its lesser-known quality in many ways as a tourism destination, it is, in fact, the largest region in Spain – around the same size as Hungary – and venturing north of Madrid one finds a gem of a region, with sprawling flatlands dotted with beautiful and historic cities.

Segovia
Just an hour’s drive north of Madrid, Segovia makes an ideal first stop on a touristic route of the region. And it’s a first stop that makes quite the impact, as the city’s main attraction - their Roman built aqueduct, stretches up into the sky and is visible from quite a distance as one approaches the town.

Once in the town centre, the aqueduct dominates proceedings as it runs right through the heart of the old centre, while a Romulus and Remus statue erected nearby serve as a further reminder of the Roman origins of the town 2,000 years ago.

From there the city spans out to reveal a labyrinth of cobbled streets, alleyways, and churches; it’s a beautiful spot and its architectural and historic significance was rewarded in 1985 when it received a UNESCO World Heritage Centre title. Within that labyrinth of red brick buildings and alleyways, one uncovers the Convent of San Antonio - which previously served as a synagogue, the cathedral and Segovia Castle with its Disney-like turrets and moat.

Located right beside the aqueduct it boasts the best view in town and is the only surviving restaurant from a building boom that took place in the town back in 1884.

But the best part is the food: traditional local dishes of cod and orange salad; garlic, chicken and paprika soup; beans and chorizo; and roast suckling pig, are all served in time-honoured tradition.

This includes testing the cooked pig’s succulence by cutting it with plates, which are then smashed on the floor.

Cuellar, Penafiel and Valbuena de Duero
A short drive north of Segovia brings you to three further stop-offs. The first of which is Cuellar, with its stand out attraction being the Castle of the Dukes of Alburquerque with its impressive Gothic and Renaissance architecture located bang in the centre of town and cleverly serving a double use as a tourist attraction and also as a school.

If you visit Cuellar during the last week in August you can also experience the town’s other world-famous attraction: the oldest bull-run in Spain, which has been taking place since 1215.

Where to eat in Cuellar: Hotel Restaurante San Francisco
Located in the heart of town, this restaurant specialises in wood-fire cooked roast lamb. Prepared simply in a massive clay-oven, with salt rubbed into the meat, this is some of the most tender lamb you’ll ever taste.

From Cuellar it’s a short hop on to Penafiel, which like many of the towns in the region has a castle, perched atop a valley. This one, however, is the home of the Museo Provincial del Vino* (the Provincial Wine Museum), which gives a superb overall insight into the traditional techniques and styles of wine production in the surrounding area’s Ribera del Duero wine region.

A stop there is a perfect introduction to visiting the Bodega Emina Ribera del Duero winery in nearby Valbuena de Duero. The vineyard has been producing wine since it was established by the local monastery – more of that anon – in the 12th century, and over the last 30 years has grown into one of the powerhouses and most highly rated producers in the region.

A tour of the site incorporates an overview of their specific techniques as well as an onsite walk past the French and American oak barrels that hold the good stuff.

Where to stay (and eat) in Valbuena de Duero: Castilla Termal Monastery of Valbuena
Having enjoyed your tasting session at the Emina winery the absolutely obvious and best choice of where to stay in town is the adjacent monastery building - Castilla Termal Monastery of Valbuena, which passed into private ownership in the 1835 and in recent years has been transformed into a lavish five-star hotel, including a spa with infinity pool looking out over the nearby valleys. Not a cheap place to stay, but if you want to spend a little extra on at least one night of your stay then this is most certainly the spot to do so.

Valladolid
A drive 40 minutes to the west brings you to the former Celtic and then Roman town of Valladolid, which served as Spain’s capital for a period under Philip III.

This striking city is a wonderful cross-pollination of architectural styles ranging right through to the modern day and boasts an impressive cathedral at its core as well as a Cervantes Museum in honour of Spain’s most famous literary son, who lived in the city for three years.

The main square’s four red brick sides are another of the main attractions and is the site of Christopher Columbus’ death in 1506, with the explorer spending a month here leading up to his death.

The landlocked Castile and Leon as a region can become stifling hot from June to August and Valladolid offers respite from that searing heat by constructing an artificial beach along the banks of the River Pisuerga during the summer months, something worth noting if the temperatures are soaring over 30 degrees and one needs a break from being a culture vulture.

Where to eat in Valladolid: Loz Zagales de la Abadia
Just two minutes’ walk from the main square is arguably the best restaurant in the region: Los Zagales.

The interior is split into two sections: a casual area at the front of the establishment where one can order tapas and wine at the bar counter. A more formal dining area is at the rear serving a stunning array of beautifully crafted dishes such as green tea foam, white wine sorbet and caviar with razor clams; squid with bacon and cod, over hot beer and dry ice; or baked egg with truffle oil and fried black potato: each dish has a specially paired wine from the region.

This is my must-eat-at restaurant for the entire Castile and Leon region.

Salamanca
An hour and 15 minutes’ drive southwest brings you to the final stop on the route: Salamanca, the region’s most famous town. Spain’s oldest university town is defined by its architecture.

It’s one of those cities for picking up a map at the tourist office and ambling around to take in the sights: the Plaza Mayor, the Jesuit School, the public library, the ceiling frescoes of the university and in the town’s centre the cathedral are a network of significant buildings and sights all in their own rights that together make up what is regarded as one of the most beautiful man-made locations in all of Spain.

Where to eat in Salamanca? Don Mauro
Having taken in all of the sights – and if you completed all the stops on this itinerary – we know you’ll be tired – we certainly were.

So, pass up fine dining here, instead finish your trip sitting on the terrace of Don Mauro at the Plaza Mayor with a glass of Ribera in one hand and a tapas dish in the other. 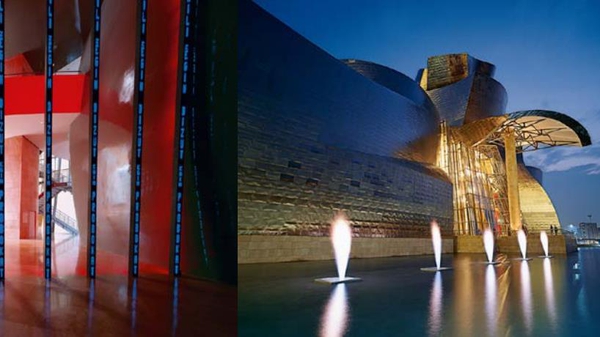