A brand new, mobile-first, website has been launched to unveil what exactly Ireland’s Ancient East is and the stories that lie waiting to be uncovered within the area. The campaign is based around 5,000 years of history within the east and south of Ireland.

From the Boyne Valley in the North East, to the Brú na Bóinne UNESCO World Heritage site where Newgrange is located in Co Louth, to the megalithic Brownshill Dolmen in Co Carlow, down to the Medieval Mile in Kilkenny, to Viking Waterford and coastal Cork - the area has a lot to offer.

Facts and figures:
-Fáilte Ireland has said they're investing €18 million in Ireland's Ancient East this year
-A further €550,000 will be invested in festivals in the area, which includes parts of 17 counties
-Over 250 tourism operators are taking part in the campaign

Four of the 25 projects that Fáilte Ireland has already invested €2.3m in, under the New Ideas in Ancient Spaces initiative, are set to open shortly namely Hook Lighthouse, the Lullymore Heritage and Discovery Park in Kildare, Athlone Castle and the Titanic Experience in Cobh. The remainder of the projects are due to join in the campaign later in the year.

"Irelands Ancient East is a destination were families can have fun whilst learning about their country’s past", Alex Connolly, Head of Communications at Fáilte Ireland told RTÉ LifeStyle.

Chairman of Fáilte Ireland, Michael Cawley added: “In the south and east of the country, we are presented with a particular tourism challenge – that of increasing the length of  time visitors stay in the region and effectively transforming the region from a ‘transit zone’ to a ‘touring zone’ in its own right.

"Our new destination brand, Ireland’s Ancient East, will allow us to market and leverage the unique depth and diversity of the region’s heritage assets. Storytelling is vital in making the connection with our visitors.

"Whether through technology, marketing or more compelling narratives, we need to substantially develop this storytelling capability around attractions in the region."

A brand-new 60 second ad will be launched in a couple of weeks but in the mean time Fáilte Ireland has created this taster of what’s in store. 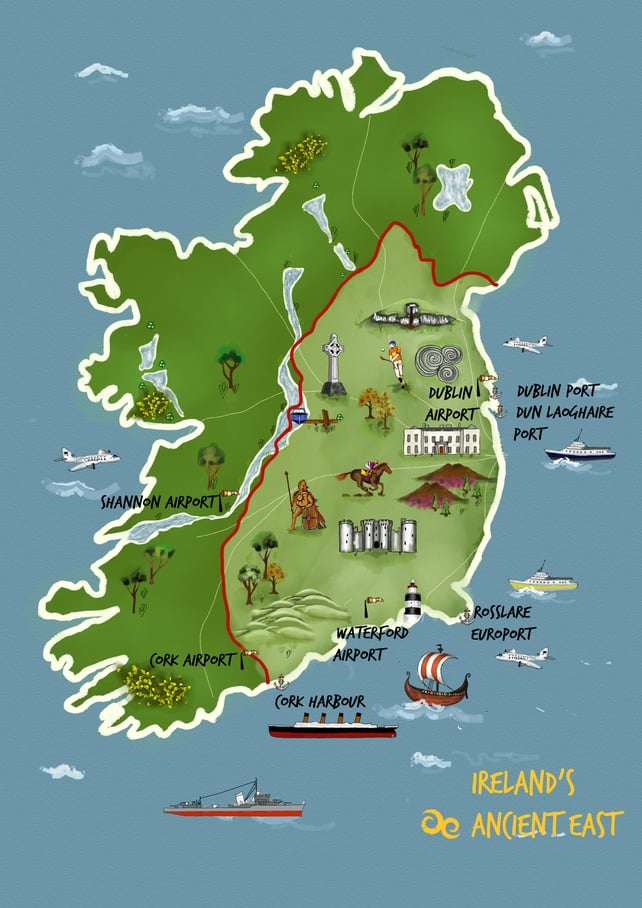