The visions that spring to mind when one conjures up images of Sweden tend to oscillate between cool, urban cities, where beautiful Scandinavians float about doing cutting-edge things in the best possible taste; and also areas of remote wilderness, where natural rugged beauty highlights itself.

Gothenburg, on the southwest coast of the Swedish mainland is a city that captures both of these caricatures and wraps them up in one very visitable, and supremely memorable city. 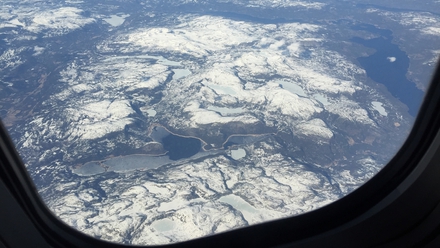 With a population just under 600,000, Gothenburg is Sweden’s second-largest city and has a manageable urban centre, where the main attractions are located in a handy bite-sized area: perfect for ambling around over the course of a few days leisurely holidaying.

A city centre hotel gives you the chance to do just that as you position yourself right in the heart of the action. The four-star Scandic Europa, located near the central square is a good spot to lay your head and with a newly refurbished and very slick bar and dining area it’s a good place to bed-in on arrival and drink some locally brewed craft beer and let charcuterie expert Mario serve you up a selection of appetizers before hitting up the a la carte menu at the hotel’s restaurant HAK. 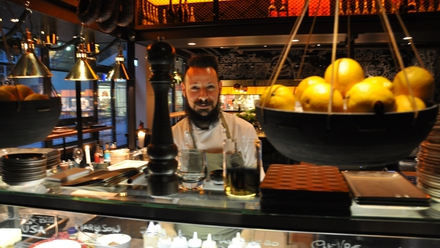 From that trendy sleeping spot, the city opens up all around you with clothes & design shops, as well as eateries aplenty. Your trusty feet are the best mode of transport to get to know the city, with map in hand.

The city centre is packed with trendy spots to grab a bite to eat, or lounge around for a few hours of people watching with a few drinks. The Saluhallen is almost the geographical centre of town and is a covered food market, which covers the gamut of both Swedish and international fare. If you want to bring a taste of Sweden home then this is the spot to spend your krona.

A hop, skip and a jump from there is Magasinsgatan – otherwise known as Gothenburg’s hipster central, where you can buy the latest Swedish clobber – denim being a particular strength of their designers – and also hit up some hipster eateries. One of these is coffee house da Matteo – there are four branches around the city and they serve simply superb home-roasted coffee in the most minimal of interiors. The Swedish tradition of fika is to take time out for coffee and cake – usually cinnamon or cardamom – at 11am and chat and catch up with friends and da Matteo’s is a great spot to do just that. 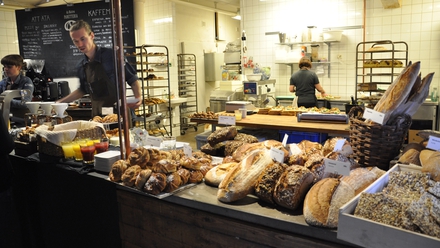 Sweden is a fish lover’s dream, as the Scandinavian country serves up a ridiculously varied amount of the stuff in all sorts of styles. The fish church – also downtown, and designed in the architectural style of a Lutheran church – is a mecca in this sense, and serves more types of herring than you can shake a fish at, whether that be in Swedish caviar; ginger and apple; French herbs etc, etc. The ‘church’ also has a restaurant where you can wash your fresh fish or seafood down with some white wine. 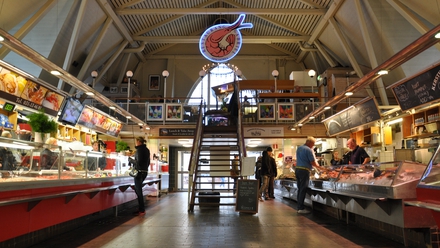 The interior of Gothenburg’s fish church

Another superb place to eat in town is Barabicu. The interior is Swedish uber-cool, with denim-clad chefs and waitresses, while the food is Pan-American grill with a seafood focus. The building itself is a converted docklands warehouse, which just adds to the ambiance. 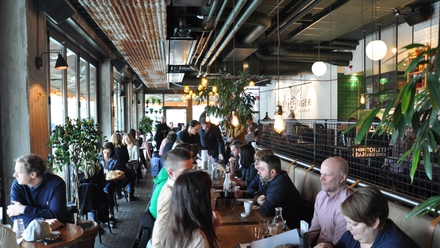 Matvandringen.se is a good option to get a total overview of the culinary life of the city. They tour all the best eateries with guided food walks and give you the lowdown on how and what the Swedes eat.

Another way to take in the city is by canal boat. An hour-long paddan tour takes you through every area of the city centre and harbour and allows you to see the city from the water. One of the highlights is the 55m Barken Viking tall ship, which can’t leave the harbour as there is a 45m-high bridge just down the river. However, the biggest sailing ship ever built in Scandinavia is now a restaurant and hotel, so still gets plenty of use. 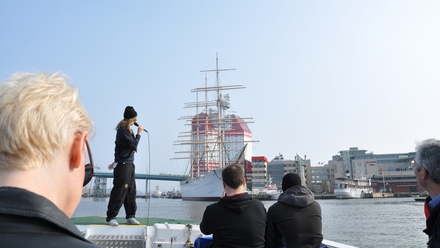 Paddan boat tour gives a view of the city from the water, including the biggest ship ever built in Scandinavia, the Barken Viking, seen in the distance

As well as design in abundance throughout the city, the Swedes have a superb art museum – Gothenburg konstmuseum. The building alone makes the museum worth a visit; it was designed for the Gothenburg international exhibition of 1923 by Sigfrid Ericson in the neo-classical style. The collection itself is a uniquely curated mix of fine art and modern art. 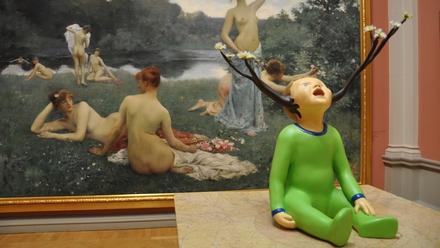 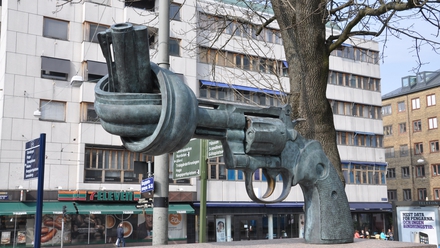 From there you can stroll down The Avenue, the city’s main thoroughfare, dotted with cool pavement cafés and bars; take your pick of one, take a seat, and select another locally-brewed beer from the menu; the city is famous for micro-breweries and you can flit between different ales, lagers and stouts at every bar or eatery you frequent.

After experiencing the urban part of town, a trip out to the islands, to get a slice of the rural beauty of the Gothenburg archipelago is a lovely contrast.

A short tram journey, followed by a high-speed ferry, will have you out on the car-free island of Styrso in one hour. The beautiful isolation of the islands opens out before you on the ferry journey and you really get the feeling that you are in the wilds of Europe.

Its barren beauty is quite awe-inspiring. You can rent bikes on the island and spin around to the various viewing points and sights, as well as taking in the stunningly beautiful, and surprisingly lavish, Lutheran church on the island. 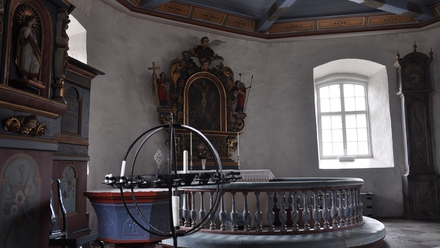 The Luthern Church on Styrso Island

When you’ve pedalled your way around the island the place to revive yourself is Pensionat Styrso Skaret. A hotel and restaurant, the building is a wooden mansion, bought and restored by husband and wife team Ola and Ylva. They have decorated it with hand-selected antiques from France and Sweden and Ola says they want guests to, ‘Feel like they’re in their grandmother’s house to relax and get spoiled with food and drink.’ It’s a 13-room get-away-from-it-all retreat that will leave you feeling mellowed to the max on your return to the mainland. The restaurant is also top drawer and serves seafood specialities with tailor-made wine or craft beer accompaniments. 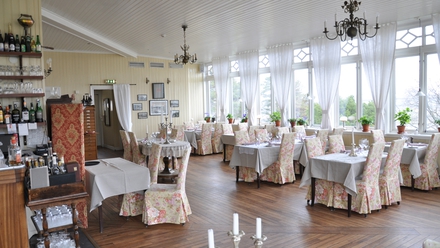 Back in the city, with urban cool and rural isolation sampled, there is one more place that you really need to tick off your list. Olhallen 7:an, opened in 1900, is the city’s last remaining beer hall of the period and serves up superb craft beer and free traditional Swedish cheese and meat platters to a mixed crowd of hipsters, rockers and business people. 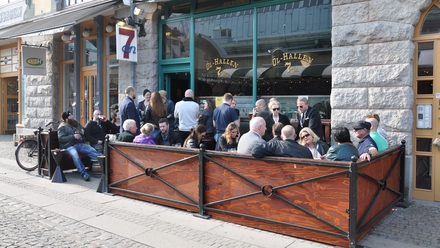 Olhallen 7:an is the last remaining 1900s period beer hall in the city

The diversity of this bar is a microcosm of how varied and liberal a city Gothenburg is; it’s a gem of northern Europe, and its reputation as a city-break destination is sure to grow.

How to get there and need to know:

Scandinavian Airlines have opened a new direct route from Dublin to Gothenburg.

Flights are weekly from April to June and then bi-weekly from June until August, and then weekly again until 26 September.

Find out more about the city here: www.goteborg.com

Buy a city card to give you access to public transport, city parking and museums at Goteborg.com/citycard

Words and photography by Tadhg Peavoy