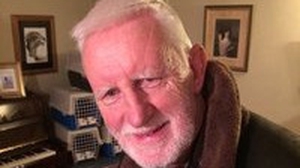 Very precocious young swans can breed when only two years old but most don’t do so until they are four or five. Females, known as ‘pens’, tend to be younger than their mates, the ‘cobs’.

A pair, on a territory together for the first time, may have a ‘honeymoon year’, during which they make a nest but produce no eggs. A pen must reach a ‘trigger’ weight if she is to ovulate. After the trials and tribulations of securing and setting up a home, she may not be heavy enough to do so.

‘If you want monogamy’, the saying goes, ‘marry a swan’; pairs generally stay together for life. The divorce rate among Irish swans is around 3% per year. When a mate dies, the widow, or widower, seeks another partner.

Breeding may start in mid-March but most nests don’t get underway until April. An untidy heap of reeds grass and debris is assembled, by both partners, close to the water’s edge. The structure may be partly floating. A new one is built each year.

Eggs are laid at two-day intervals from mid-March onwards. Early clutches tend to be large; there may be as many as nine eggs if the territory is particularly well-endowed. Up to twelve have been recorded occasionally. Swans in poorer habitats, such as estuaries and city ponds, nest later. They produce fewer eggs. The overall clutch size for Irish swans is seven.

The cob will sit on the nest during the laying period, protecting the eggs while his pen is away feeding.

Once her clutch has been completed, the pen starts incubating, sitting continuously from then on and turning the eggs from time to time. Seldom leaving the nest, she can’t feed normally and must rely on the fats she has laid down previously to see her through.

Meanwhile, the cob patrols the territory, keeping would-be rivals at bay. He can be very aggressive at this time. Up to 4% of males die in fights over territory and a swan may attack a person venturing too close to the nest

About a quarter of Irish clutches fail due to flooding, predation, egg-theft and vandalism.

After 35 days of incubation, the chicks begin to hatch, emerging from the eggs over a 24 hour period. About one egg in ten is infertile.

The youngsters remain with their mother on the nest for a day or two. Then she leads them onto the water. Covered in down to protect them from the cold, the babies are able to swim vocalise and feed themselves immediately. The cob soon forms a bond with his family.

Parents don’t offer food to the cygnets, but take them to locations where they learn to fend for themselves. Enough fat is stored in their body cavities to support them for up to a week should the weather prevent them from feeding.

When danger threatens, a mother will allow the babies climb on her back and shelter under her wings.

About 35% of young swans die within three months of hatching. Predation, exposure to the elements and being swept over weirs and waterfalls, are the main threats.

Newly hatched cygnets are grey. They soon become brown and then, gradually, begin to turn white. The cob takes exception to white birds, other than his mate, on the territory and his own offspring are no exceptions. In late autumn and winter, he begins harassing the increasingly white cygnets, forcing them to leave. It may seem heartless to do so, but the territory must be cleared if his pen is to get into condition for the next breeding season.

The youngsters must now find their way to traditional locations were swans congregate. It’s a dangerous transition. Overhead wires are lethal to flying swans. Several years will be spent in these ‘herds’, during which the adolescents find their future mates. Once paired, they, in turn, must seek out a territory and breed.

For more, go to the Mooney Goes Wild show on Radio 1.