The Great British Bake Off has returned to our screens with a brand new season of innuendos, soggy bottoms, and outlandishly bright shirts.

Hosting duo Noel Fielding and Sandy Toskvig returned to the baker's tent with their usual balance of gothic charm and sunny sense of humour and, by the looks of things, the tenth series is set to take the biscuit.

Bread Week
Last night on GBBO, the contestants broke bread with the judges, and while some rose to the occasion others had a crumby time as their creations went a rye...

With veggie burgers, show stoppers and a 'tear 'n' share' technical challenge on the menu, tensions were high in the tent as bakers scrambled to impress judges Paul Hollywood and Prue Leith.

Star baker
Theatre manager and fitness instructor Michael earned himself a Hollywood handshake (the first of the series) and the title of Star Baker thanks to his Mediterranean campfire creation.

Elsewhere in the tent, David was told he kneaded to improve as his work was described as "all style and no substance" by Paul, Rosie got the nod of a-PRUE-val for her safari showstopper and fan-favourite Henry was named winner of the technical challenge thanks to his chicken and pesto tear 'n' share. 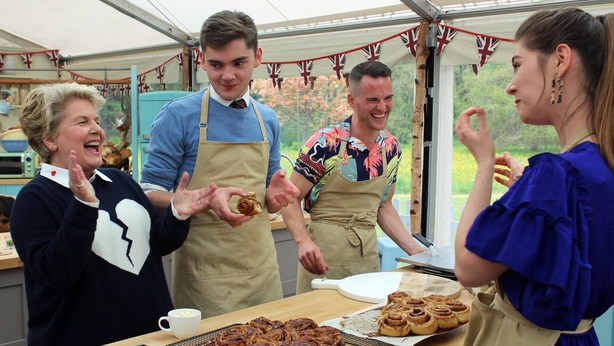 If there's one thing more satisfying than thinking up food puns, it's catching up on the hot-takes, declarations of love and the conspiracy theories that go down on Twitter:

Henry could honestly burn down the tent if he wanted to and I'd still support him until the end #GBBO pic.twitter.com/m95Rn0yffc

The public: Can anyone ever out-goth Noel?

Time to carb up

A nation divided by mini loaves. Go on, which is right? 👇 #GBBO pic.twitter.com/s4zft2Obt7

Another year passes and the champion remains undefeated #GBBO pic.twitter.com/8E6LzK9SDP

Bread week is the best week

All I want to do today is eat bread... bread, bread and more bread. I'm clearly suffering a #GBBO hangover. #breadweekisthebest

Me watching bread week as a coeliac #GBBO pic.twitter.com/MCC39WR50Y

Bread Week has a lot to answer for. 😱😱😱 #GBBO pic.twitter.com/N9jF8KSuOM

Who the heck is Alice?

Anyone else seeing the similarity between gbbo Alice and Rosamund Pike? #gbbo #GBBO2019 pic.twitter.com/5CY7UkGJPm

I preferred Alice Fevronia when she played Patti Simcox in Grease #GBBO pic.twitter.com/bTQ0J0Q3wD

Is that Alice or Dannii Minogue on #GBBO pic.twitter.com/GI9QiR4yFk