Neven Maguire turned down the chance to take part in Dancing with the Stars. The chef broke the news to the Breakfast Republic crew on RTÉ 2fm.

The Cavan man joined Jennifer, Bernard and Keith to speak about his new cook book Neven Maguire's Complete Family Cookbook and his time traveling the world in search of mouth-watering recipes.

In the early days of his career, Neven studied in San Sebastian which has the highest concentration of Michelin Star restaurants in the world and luckily for us, he has filled his new book with all his favourite recipes from his food trails.

"It's all about getting the basics right when you're cooking for the family. Buying less processed foods, what you can make ahead, what you can freeze."

Jennifer Zamparelli stayed true to form during her time with the chef as she proclaimed "Neven, I can't find any dirt on you". She then went on to throw Neven some hardball questions.

"If you were going to have an affair what would you cook them? 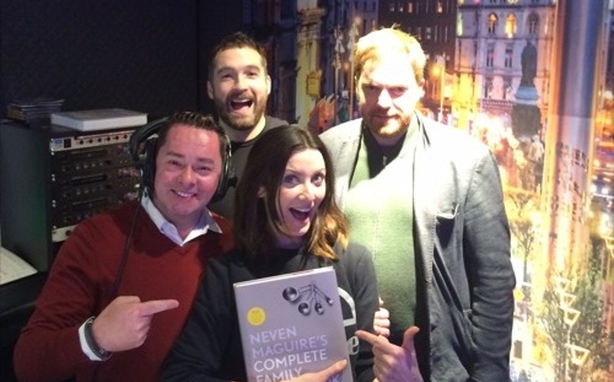 During their chats, the topic of Dancing with the Stars came up and while Neven praised the likes of Katherine Lynch for taking part in the show he insists it's just not his thing and had to turn down the opportunity when asked to sign up. "Can you dance?" asked Jennifer.

"I used to dance, I used to be a DJ years ago" says Neven Maguire.

Listen below to hear the rest of Neven's hilarious interview with the Breakfast Republic on 2fm: