January tends to be quite a dull and grey month, but the beginning of awards season is something of a bright spot. While we might not be doing much (and who really wants to after the excesses of the holiday season?) – we can at least ogle celebrities in their glitziest outfits.

However, we’re going to be deprived of a starry red carpet for this year’s Golden Globes, set to take place on January 9. The event’s organising body, the Hollywood Foreign Press Association (HFPA), has announced it will be a "private event", and won’t even be live-streamed.

This year's event is going to be a private event and will not be live-streamed.

We will be providing real-time updates on winners on the Golden Globes website and our social media.https://t.co/UftlFSZg5u

That means no red carpet, and US media outlets have reported there won’t be celebrity hosts – instead, the winners will be updated on the Golden Globes website and on social media.

In 2021, we were at least treated to a virtual red carpet due to the ongoing pandemic, with stars dressing up from the comfort of their own home. The news comes after a tricky time for the HFPA, who received criticism last year for having no black members.

It’s a disappointment for anyone who was looking forward to seeing what red carpet trends would look like in 2022. Luckily, the event’s history has seen nothing short of phenomenal outfits that have gone instantly viral…

While we might be used to over-the-top gowns on the red carpet nowadays, back in 1991 things were more stripped back – and you really couldn’t get cooler than Whoopi Goldberg’s bright orange tailored minidress with an asymmetric hemline. If social media was a thing back then, it’s the outfit we’d all have been talking about.

Halle Berry’s 2003 Globes outfit is particularly memorable, because she went for the full princess look. It’s basically a prom fashion fantasy, with beaded accents, a fishtail skirt and a matching shrug.

Jennifer Lopez normally goes viral for her sexy outfits, and 2009 was no different. Wearing a liquid gold Marchesa dress with artful draping, JLo really took the ‘golden’ theme of the event and ran with it.

In the past few years, capes have become a mainstay on the red carpet – and we can thank Lupita Nyong’o for this. She arguably set the trend for elegant caped evening dresses back in 2014, in a fire engine red Ralph Lauren gown.

Emma Stone is another trendsetter – women in trousers has become increasingly common during awards season, but they were few and far between back in 2015. Enter: Stone in a Lanvin jumpsuit, with black tailored trousers and a bejewelled bodice.

While one specific outfit didn’t necessarily go viral during the 2018 Golden Globes, the whole red carpet certainly did. Almost every star wore all black in support of the Time’s Up initiative, protesting sexual harassment and gender inequality.

The ceremony came a few months after accusations of sexual misconduct were levelled against producer Harvey Weinstein, sparking women around the world to share their own experiences of assault as part of the #MeToo movement.

You can pretty much always expect a jaw-dropping fashion moment from Billy Porter on the red carpet, and he certainly delivered at the 2020 Globes. Dressed in ethereal white, Porter accented his tailored suit with a feathered train – proving once again why he’s one of the most exciting voices in menswear today.

JLo isn’t one to play it safe with her fashion choices – even if they don’t always hit the mark, they’re at least memorable. Her 2020 Valentino outfit proved quite controversial, with some punters wondering if it was possible for a bow to be too big. 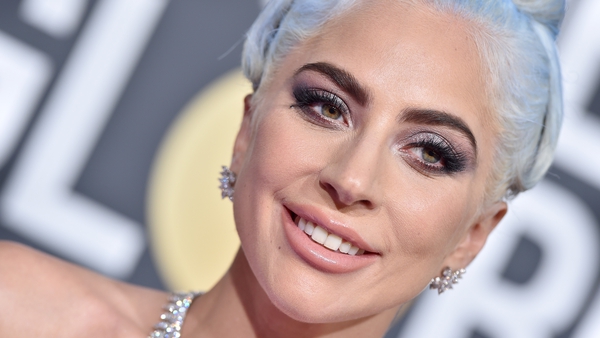 9 of the best Golden Globes beauty looks from past ceremonies