As gymnastics events at the 2020 Tokyo Olympic Games wrap up, it’s a chance to look back on an explosive week and a half for the sport.

Headlines were made as Simone Biles pulled out of three of four individual finals due to mental health reasons, German athletes broke from tradition by wearing unitards to protest the sexualisation of the sport, and Sunisa Lee became the first Hmong American not only to win gold, but to compete at an Olympic Games at all.

And this year, as well as making sure they nail the uneven bars and pommel horse, female gymnasts had to worry about something else as well: their beauty looks. Due to Covid-related restrictions, most competitors had to take on the extra burden of doing it themselves – with more pressure placed on female competitors, who are traditionally expected to have impeccable hair and make-up while competing in the sport.

Simone Biles will return to the Ariake Gymnastic Centre for the women’s balance beam final on Tuesday. In a Q&A on Instagram Live ahead of the Olympics, Biles was asked if they had to do their own hair and make-up. The 24-year-old replied: "Yes we do. So if we’re looking busted mind your business LOL."

The sport has long come under fire with allegations of sexism – in contrast to the male competitors, female gymnasts are expected to wear make-up, don much skimpier uniforms and do their floor routines to music. Former international gymnast Georgia Cervin told CNN:

"When the sport was developed for women, they adapted the men’s sport to make it ‘appropriate’ for women. Women were expected to do soft, rhythmic, flowing, graceful movements that emphasised beauty and flexibility. This is why they perform to music, and the men don’t. Men’s floor routines were expected to emphasise strength instead."

With all of this riding on their shoulders, the gymnasts have achieved some truly spectacular feats of athleticism – including Lee pulling off ‘the Nabieva’ on the uneven bars, one of the hardest and most impressive manoeuvres in gymnastics.

They did all this, while also serving up some impeccable beauty looks… 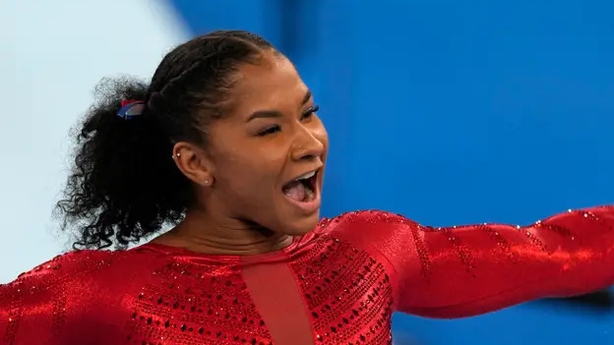 USA’s Jordan Chiles made her international debut in Tokyo, and told Allure: "Some people use their leotards as a statement, but I use my hair as a statement." 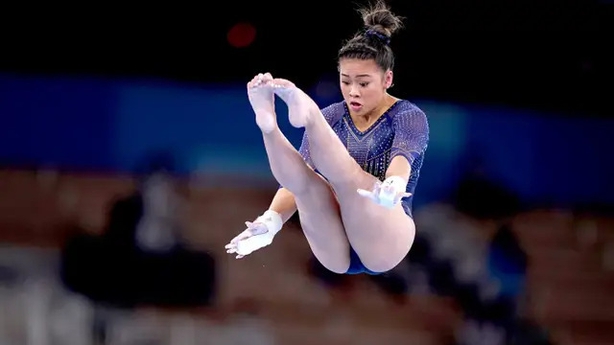 According to People, Chiles was the resident hair expert for Team USA and likely helped Lee with her braided bun. 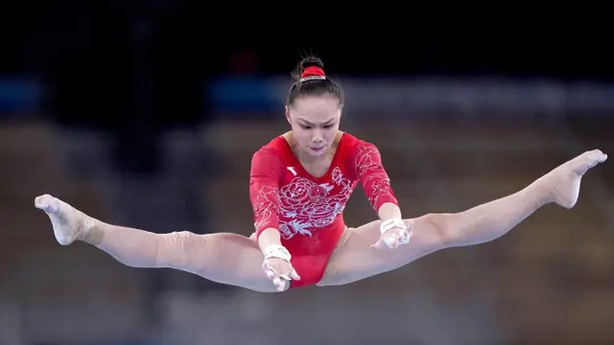 China’s Lu Yufei might not have clinched a medal this Olympics, but bonus points have to go to her matching red leotard, lip and scrunchie.

The Gadirova twins’ slicked back buns 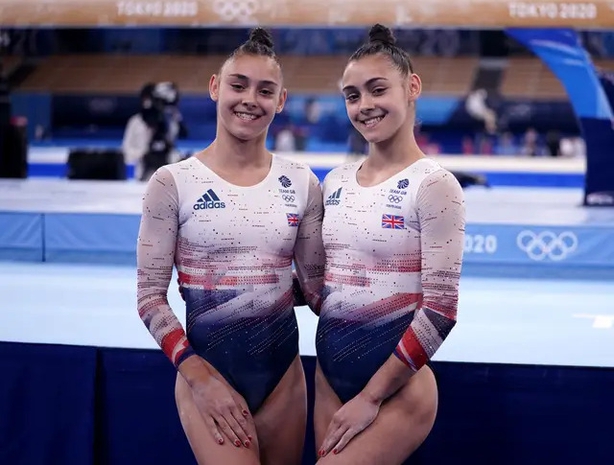 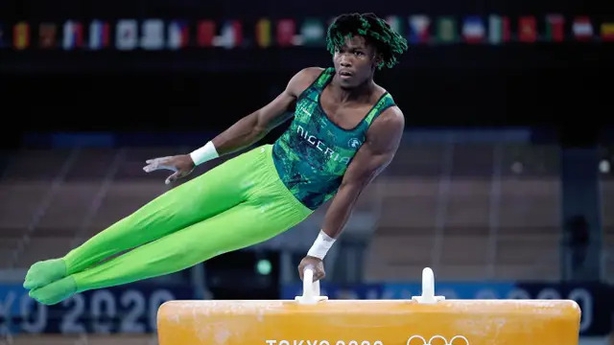 While female gymnasts’ beauty looks are highly scrutinised and they face more pressure to be perfect, we still have to shout out Nigerian competitor Uche Eke’s green tips to match his uniform.