Harry Styles stole the show at the Grammys, taking the stage in a full leather suit accented with a feather boa and leading the charge when it came to menswear at the dazzling event.

As with most award ceremonies taking place during COVID-19, the night will be a hybrid of live and virtual performances, with nominees serving their looks from home and performers entering an audience-free Staples Center.

As the opening act for the ceremony, all eyes were always going to be on Styles as one of the hottest acts of the year. But we were just as eager to see what the star would wear, and he didn't disappoint.

The Watermelon Sugar singer stepped out in an instantly iconic look, wearing a custom black leather suit from Gucci. Featuring a short blazer worn open and with nothing underneath and a pair of wide-legged flared trousers, Styles amped up his already androgynous style.

Adding a pop of colour, he took to the stage with a pale green feather boa looped around his neck, which he cast off halfway through the performance.

He was joined by Blood Orange singer-songwriter Dev Hynes, who was also in a custom Gucci look featuring naplak leather double-breasted jacket and matching trousers. He wore them with a crepe de chine shirt, black velvet beret and black leather boots.

On the red carpet, Styles pulled off a costume change, switching into a striking yellow tartan cropped blazer, worn over a salmon pink sweater vest and brown velvet trousers. He accessorised his look with a purple feather boa this time, and a pair of yellow boots.

Styles' looks were just some of many bold and dazzling menswear looks, as many other male stars went all out for the awards.

Anderson .Paak and Bruno Mars brought retro prom looks to the red carpet with ruffled shirts and flared trousers, with Mars donning a scarlet shirt and .Paak opting for a peach shirt worn under an embellished blazer.

DaBaby proved that maximalism is where it's at, as he took to the red carpet wearing custom D&G. His vivid jacquard tuxedo in an all-over print in red, gold and green brought the red carpet to life, and he accessorised with loafers, a striking gold necklace and a green-brimmed hat.

And ensuring that the classics are always represented, host Trevor Noah plucked for a timeless black suit, looking sharp in a Gucci tux. 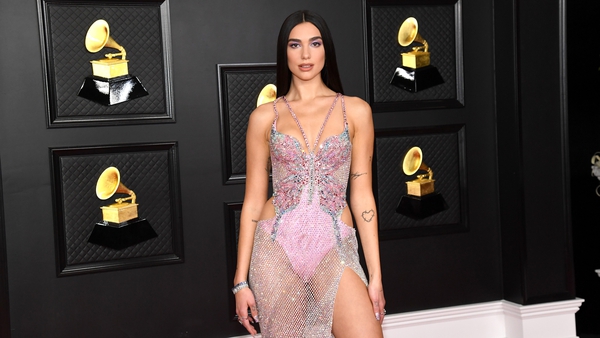 Grammy Awards 2021: All the fashion from the red carpet 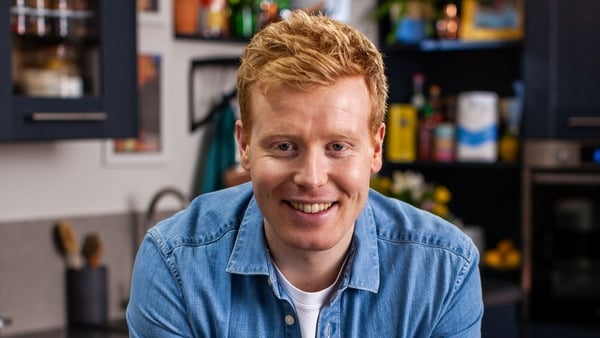 Mark Moriarty on TikTok, viral food trends and his inspirations 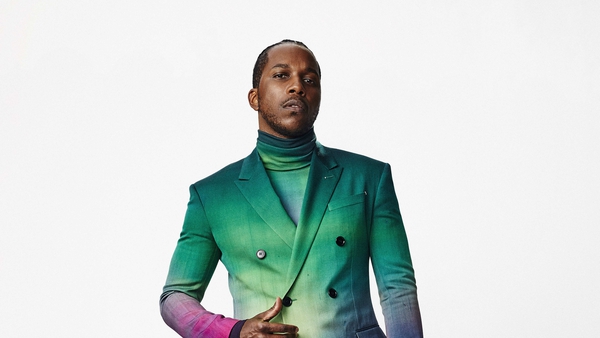 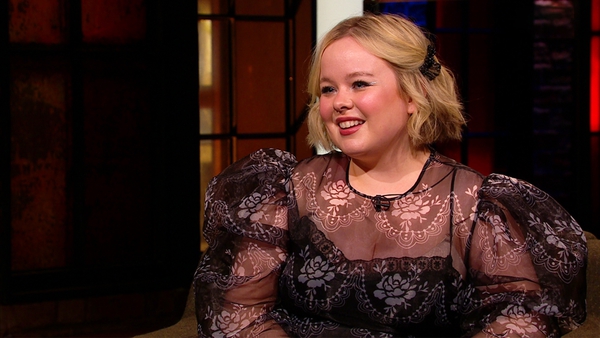 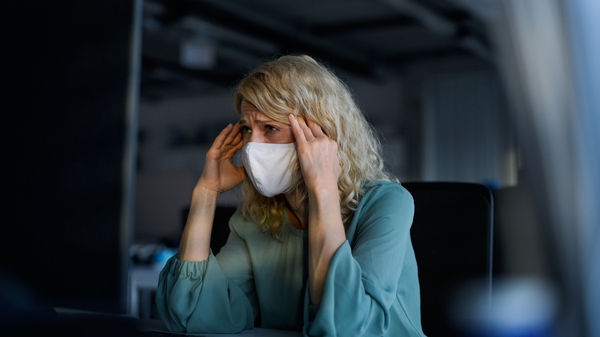 Pandemic fatigue: "None of us have a chance to reset"