Ahead of the release of her new film The Rhythm Section - which was partly filmed in Ireland - Blake Lively is back on the red carpet and looking as incredible as ever.

At a special screening of the movie in New York, the 32-year-old pulled out all the stops in a strapless black velvet gown, which she teamed with long black leather gloves and multi-strap boots.

Adding a splash of sparkle to the all-black ensemble, the actor accessorised with a statement pearl necklace.

When it comes to fashion, the mum of three never fails to impress, whether she’s glamming it up in a showstopping gown, or opting for an androgynous tailored look.

Here, we look back at six more of Lively’s most memorable red carpet moments… 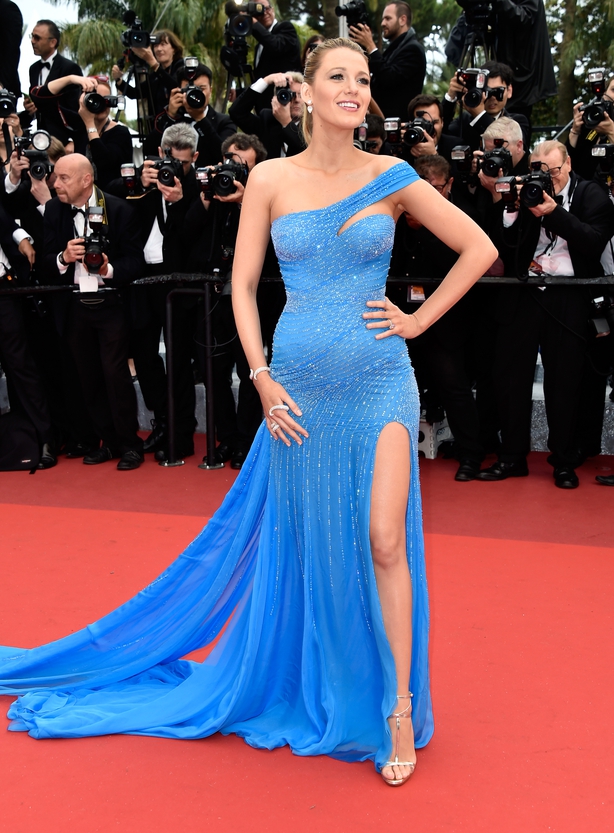 In 2016, while pregnant with her daughter Ines, Blake walked the red carpet of the premiere of The BFG at Cannes Film Festival wearing a beautiful blue Atelier Versace gown and Lorraine Schwartz jewellery. 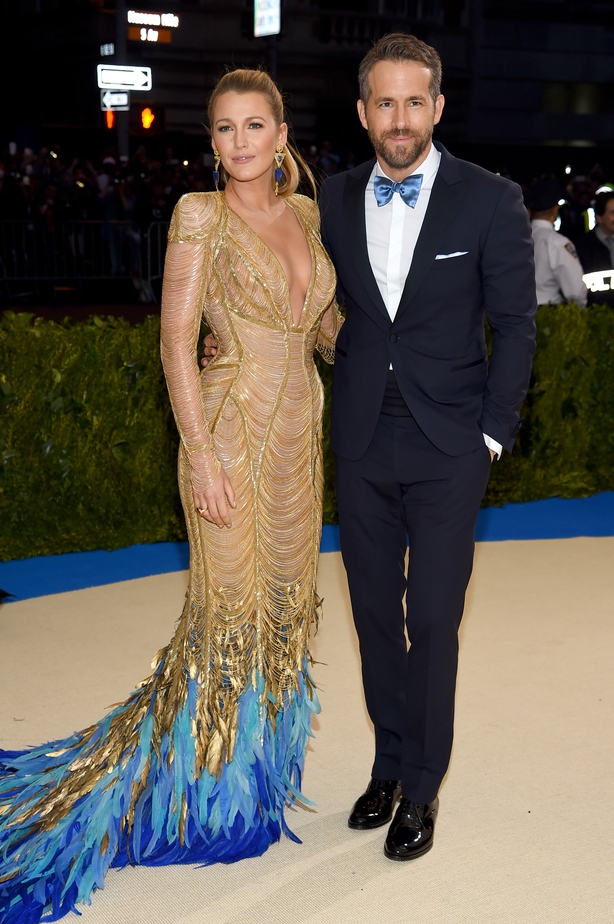 Another day, another Versace gown. The award-winning actress attended the 2017 Met Gala with her husband Ryan Reynolds, wearing a gold gown comprised of delicate gold chains with multi-color feather accents cascading down the train in a dégradé fashion. 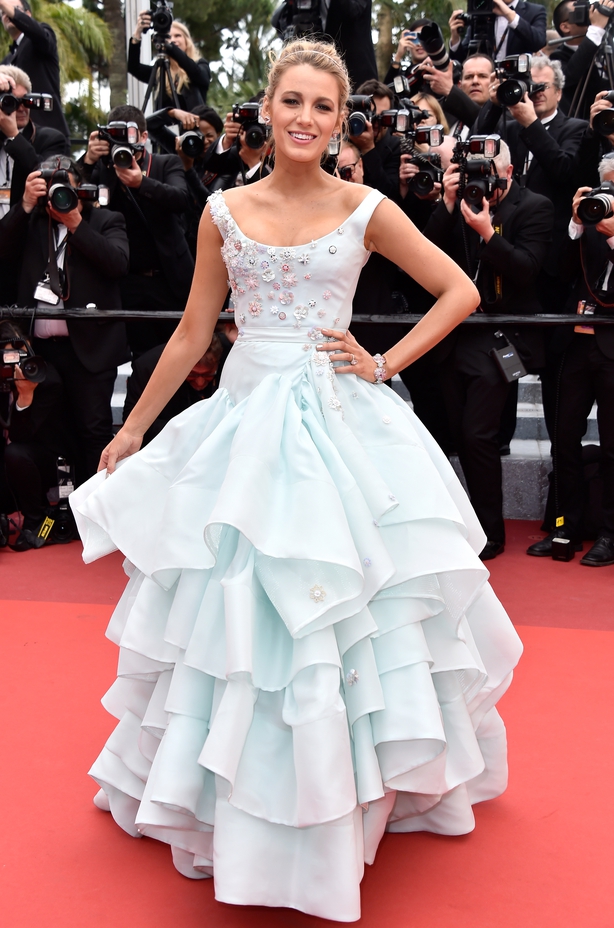 Always one of the best-dressed celebs, Lively managed to stand out on the star-studded red carpet wearing a Vivienne Westwood gown. The light blue gown and simple up-do made her look like a modern-day Cinderella.

The 2014 Met Gala, which honoured couturier Charles James, was the perfect opportunity for Lively to showcase old Hollywood glamour.

But by far Lively’s best Met Gala look came in 2018, with the theme ‘Heavenly Bodies: Fashion and the Catholic Imagination’.

This time, the actor teamed up with Versace on a heavily embellished gold and burgundy dress inspired by liturgical clothing. The stunning gown’s train was so big it had to be carried up the steps of the museum by three people.

The promotional tour for 2018’s A Simple Favour was a fashion tour de force, with Lively taking inspiration from her character in the movie with a series of bold tailored looks.

At the MTV Video Music Awards,  she chose an all-white suit by Ralph & Russo, which combined a sharp-shouldered jacket with billowing pleated trousers.

After years of flowing gowns, it was refreshing to see Lively switching it up. We can’t wait to see how her style continues to evolve in future.