Earlier this week, Aisling Bea attended the Vanity Fair EE Rising Star BAFTAs Pre Party at The Standard in London to celebrate some of Hollywood's up and coming talent.

Between the glamour of the Golden Globes, SAGs, Oscars and Grammys, the Rising Star event shines a light on the new faces who are beginning to make their mark within the film industry.

The award, which is announced during the BAFTAs, is down to public-voted and has previously been given to now-famous actors including James McAvoy and Kristen Stewart.

Posting a photo of her dress on Instagram, the eco-advocate told fans that she "re-wore" her mint mini-dress to the party along with a badge from Extinction Rebellion, an environmentalist group who aim to compel government action against climate change through non-violent protest. 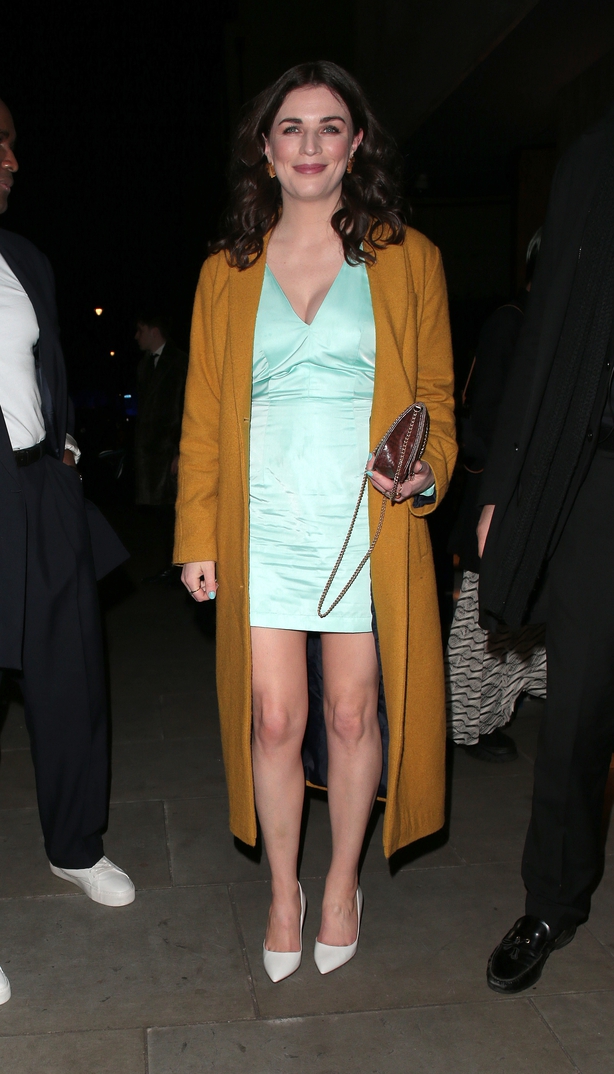 The actress wore a yellow jacket from eco-friendly brand Lucy & Yak and accessorised with a handbag that once belonged to her grandmother,  a pair of fan earrings from my a new sustainable jewellery brand called Motley, and a pair of shoes on loan from Rupert Sanderson in London.

Bea herself has been making leaps and bounds in her career with Channel 4's achingly beautiful series This Way Up alongside Sharon Horgan as well as a leading role in Netflix's Living with Yourself with Paul Rudd.

According to the funny woman's Instagram, her "angel friend" and fellow This Way Up actor Kadiff Kirwan joined her at the event wearing a suit from Oxfam which he then had tailored.