What's more, it is said that Queen B plans to hire a black photographer to shoot the cover - a first for the 126-year-old publication.

The September Issue
The September issue of Vogue magazine is one of the most important publications in the fashion industry.

Every year, Vogue editor-in-chief, Anna Wintour leads the way in deciding what will be trending in the coming autumn/winter season.

The issue is so popular, in fact, that advertisers pay small fortunes to be featured amongst the pages of the editorial, making the magazine one of the biggest of the year.

In 2009, documentary maker, RJ Cutler followed Wintour and creative director at large, Grace Coddington, around the Vogue offices as they prepared the iconic issue which weighed in at 840 pages.

Queen B
While sources are keeping tight-lipped on the details, many publications are reporting that Beyoncé has been given unprecedented control over the fashion bible.

Apparently, the Lemonade singer plans to hire Tyler Mitchell to shoot the cover, making him the first black photographer to do so in the publication's 126 years.

HuffPost has reported that the singer will also be selecting the outfits worn by cover models, the photos of her inside the magazine as well as the caption on each photo.

This level of control is unheard of in this magazine's history. After all, fans of The Devil Wears Prada - a book, written by Lauren Weisberger, and film based on an intern's time at Vogue working under Wintour - will know that the editor-in-chief is notorious for exerting full control.

As with her first September issue, Beyoncé has denied Vogue a sit-down interview - an unusual occurrence for a non-model cover star.

Her first September issue took place in 2015 when she was shot by Mario Testino - you can see her video diary below.

It must be noted that while Testino was a favourite of the magazine, he was dropped in January of this year after being accused of sexual misconduct.

Tyler Mitchell
If all the reports turn out to be true, 23-year-old Tyler Mitchell will become the first black photographer to shoot a Vogue September issue cover.

Originally from Atlanta but based in based in Brooklyn, New York, Tyler is already making waves, working with brands such as Givenchy, Marc Jacobs, Teen Vogue and American Eagle with both his photography and his filmmaking.

With a B.F.A in film and television from New York University’s Tisch School of the Arts behind him, the young man has created incredible artwork shooting everything from high-fashion to a hard-hitting moving cover for Teen Vogue highlighting teen gun control and police violence activists.

We can't wait to see what he delivers in September. 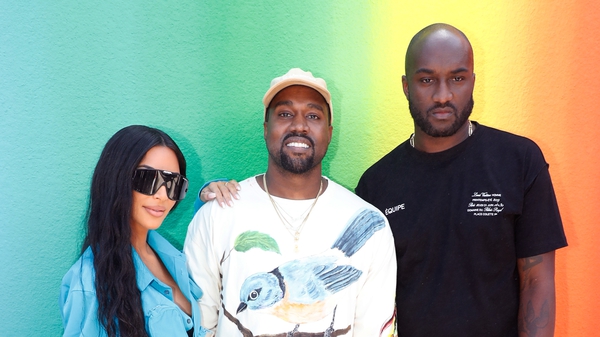