The Golden Globes took place last night and for once, the spotlight was on the boys just as much as it was the girls on the red carpet.

Not one Hollywood A-lister was spotted in colour as stars such as Saoirse Ronan, Oprah and Meryl Streep - along with their male allies Dwayne Johnson, Gary Oldman and Ewan McGregor - wore all black to represent their solidarity with the victims of harassment in Hollywood.

What is Time's Up? Get all the details here.

Much like Emma Watson's He For She campaign, Time's Up called on male allies to join their female colleagues in protesting sexual harassment across all industries.

Click through our gallery above to see the men who stand by women, in fashion and beyond. 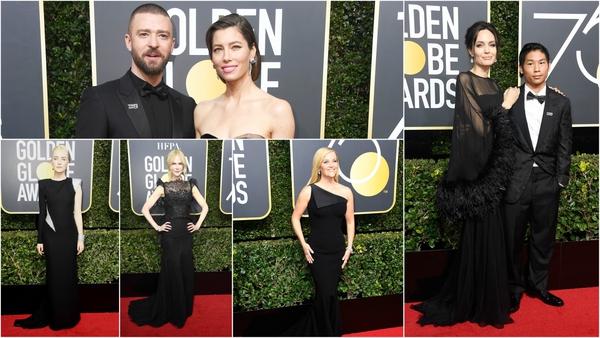