But Bey's fans were sceptical - not believing the news and waiting for their Queen to confim.

they aren't here until beyoncé tells us they're here pic.twitter.com/4SerQWpJQ4

Just after that, American medias such as Entertainment Weekly and Us Weekly revealed the news, however the date of birth and gender of the babies are not yet publicly known:

The twins have arrived! https://t.co/E5o8gHPjS9

The notoriously private Beyoncé has always had a knack for revealing her pregnancies to the public. Dolce Dolce & Gabbana blazers, full blown fashion shoots and now, perhaps, a pair of earring have been used to tell her maternity story.

In 2011, while pregnant with Blue Ivy, Beyoncé took to the stage at the MTV Video Music Awards wearing a sparkling Dolce & Gabbana blazer. Never has a button been opened with such drama. Queen B revealing her baby bump to the world was literally a mic drop moment.

This year, the singer broke the news of her pregnancy with a full on photo shoot followed by an insane performance at the Grammys.

Fans desperately searched the singer's social media posts for signs of more baby news. They thought they found something after she posted this photo to her Instagram. 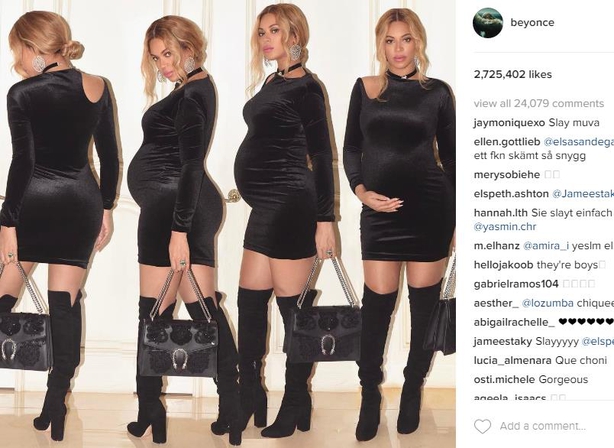 Fans were quick to point out that Bey chose to wear the same earring from her If I Were a Boy video. Possibly a nod that she is expecting twin boys?

Earrings from If I Were A Boy video, Still rocking emerald. Beyoncé is having twin boys and is due in May. pic.twitter.com/b7i6zSW0rj

The twins join sister Blue Ivy, who is 5-years-old now.

We think it's high time we celebrate Queen B's pregnancy, so, we've gathered some of her top looks for your viewing pleasure.

Congratulations to Beyoncé and Jay Z !

If you are keen for up-to-the-minute news on food, fashion, parenting, fitness, travel, recipes and more – the Lifestyle Weekly Email will put a smile on your face when it comes into your inbox every Thursday.