Under the guise of owner Kelley Burke, the new and pre-owned designer clothing company opened up their pop-up store on September 14 and they will close their doors on Sunday, September 27.

Located in Park House, near the People's Park in Dun Laoghaire, the store has had a busy couple of weeks as shoppers look for that special little number to  update  autumn/winter wardrobes on the cheap.

The event, Jump Into Autumn, is often gems from covetable brands such as Chanel, Hermes, Prada, Dolce & Gabbana and Rick Owens, all at up to 75% off retail prices. 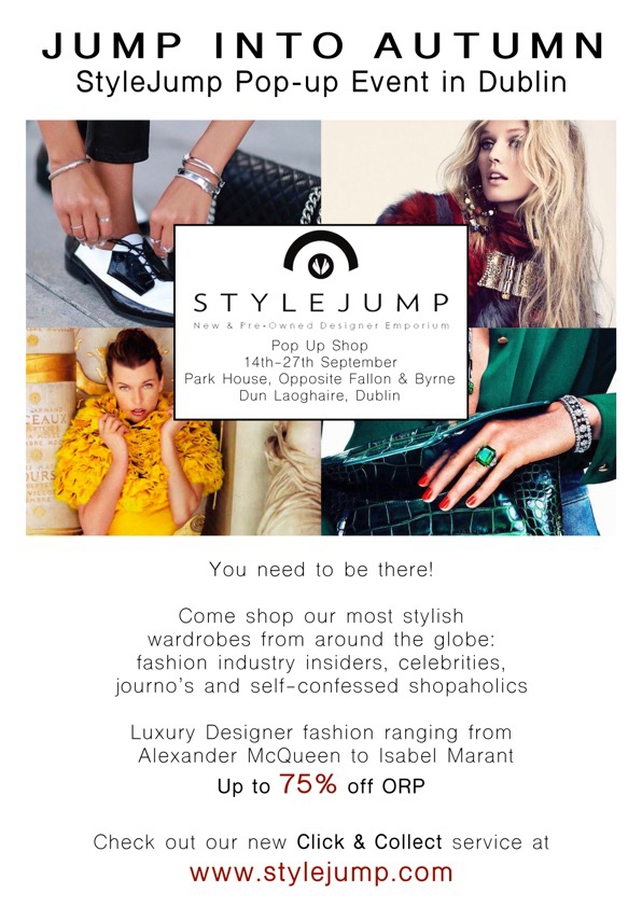