The 25 year-old Channel Orange singer was spotted taking in the shows last week in the French capital alongside both fashion and actual royalty.

The Grammy Award-winning singer followed a similar vein to that of fellow hip hop stars Kanye West and Tinie Tempah. Ocean has come from the relative shadows to sit front row centre at the major Fashion Week shows in Paris, including Givenchy and Christian Dior, while becoming something of a style star in the process. 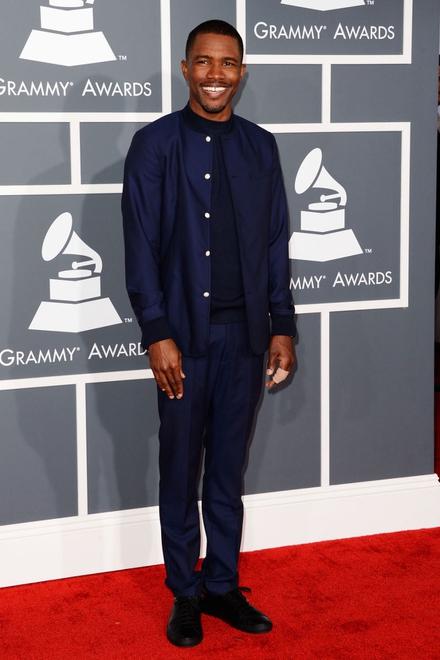 He paired his minimalist suit with a darker polo neck underneath and Common Project low top black sneakers.

Check out our Frank Ocean: Wear It Well gallery where we recreate Ocean's signature style with widley available menswear options 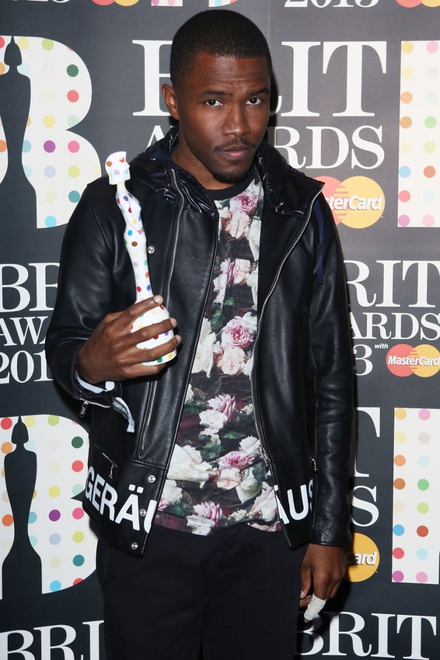 Following his success, he then attended the Brit Awards where he was nominated for, and won, the Best International Male category. This time around, Ocean wore a F/W 2012 leather jacket by Undercover, with a Supreme 'Power, Corruption, Lies' floral t-shirt underneath. 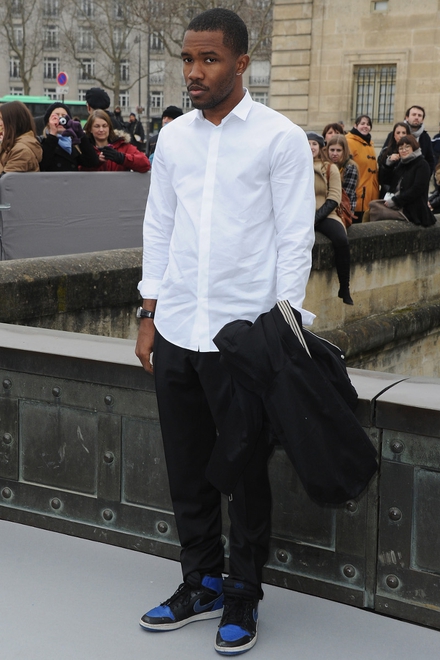 This week, the singer took in some of the ready-to-wear shows by Christian Dior, Givenchy, Chanel, Valentino and Maison Martin Margiela. Channelling his own personal style, Ocean kept it laid back and cool in a crisp white shirt and black garbadine trousers, both by Dior, paired with retro royal blue Air Jordans. 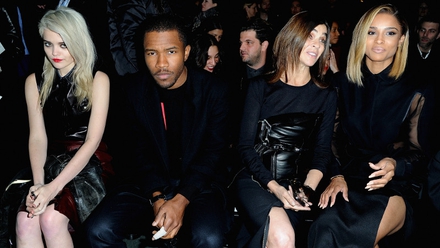 At Givenchy, Ocean sat alongside Sky Ferreira, Carine Roitfeld and singer Ciara on the front row, dutifully donning a Givenchy jersey knit but keeping it casually again in sneakers and a black jacket. 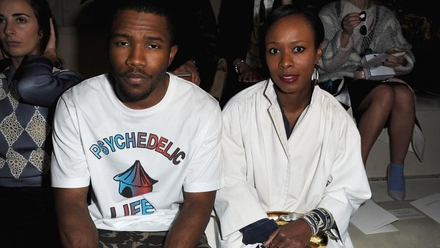 He's picking up awards, stellar reviews and fashionable friends in a frenzy, so it's looking likely that the industry is only just dipping their toes into the vastly fashionable ocean, thirsty for more in the future.