Italian hosiery designer and producer Emilio Cavallini has produced a line of mens tights, which are being marketed as 'mantyhose'.

We've seen skirts and dresses on men on the runways of the biggest designers, but now Cavallini is bringing a unisex look to the mass market. Although originally launched in 2009, last night Cavallini hosted a business launch in London which brought out some big names to support the Florence-based designer.

Lisa Cavallini, the designer's sister and head of distribution in the US has said "The unisex tights are mainly black and white, but I believe the men buying these tights want to make a fashion statement". 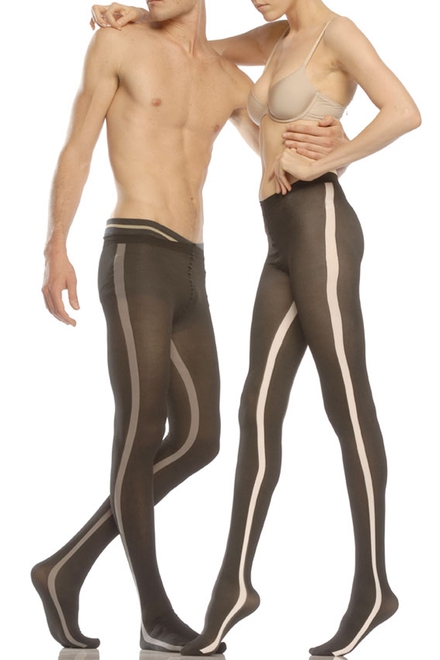 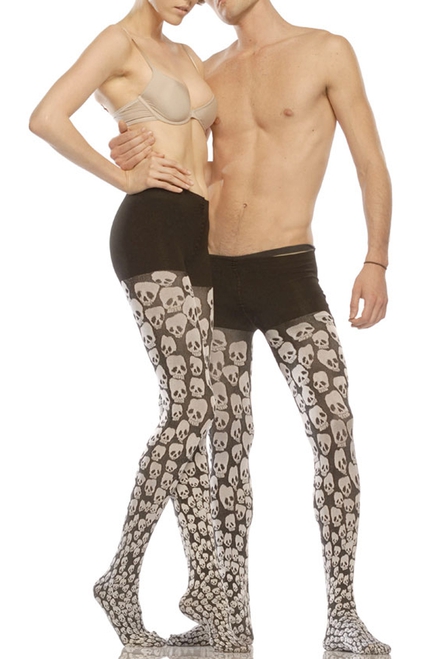 Two styles of the unisex tights that Cavallini's company produce

Men's tights, also nicknamed 'brosiery' and 'guylons', have become a new trend on the runways of major designers. We recently seen Givenchy pair them under shorts and kilts in black and red colours, while a whole host of other designers (Dolce & Gabbana, Kim Bakker and David Delfin) have followed suit, with differing styles and thickness between tights and longjohns. 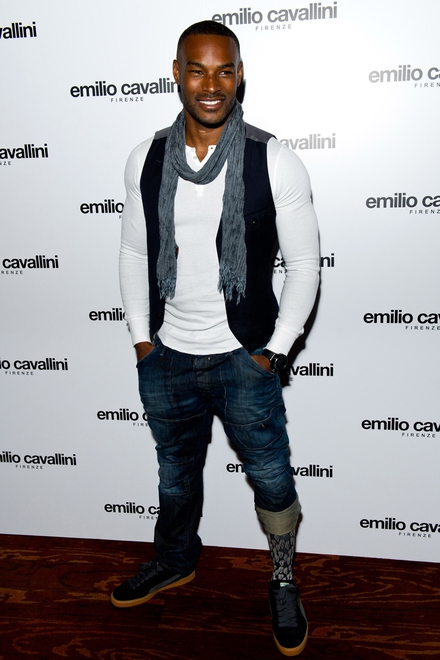