The Philip Treacy headpiece, described on the auction site as being made of 'delicate tea rose silk', was snapped up by a bidder known only as n***o.

It was being sold to raise much-needed money for two charities nominated by the princess. The 22-year-old sparked controversy on her cousin Prince William's wedding day by donating the eccentric creation by Irishman Treacy, which has since been compared to a toilet seat, a cat flap and a Turkey Twizzler.

Her decision to post it on eBay led to several bids being placed, including one by children's entertainers 'The Wiggles'.

All the money raised will go to Unicef UK and Children In Crisis via the Little Bee Initiative, which was set up by Beatrice specifically for the auction.

The princess commented: "I've been amazed by the amount of attention the hat has attracted. It's wonderful opportunity to raise as much money as possible for two fantastic charities." 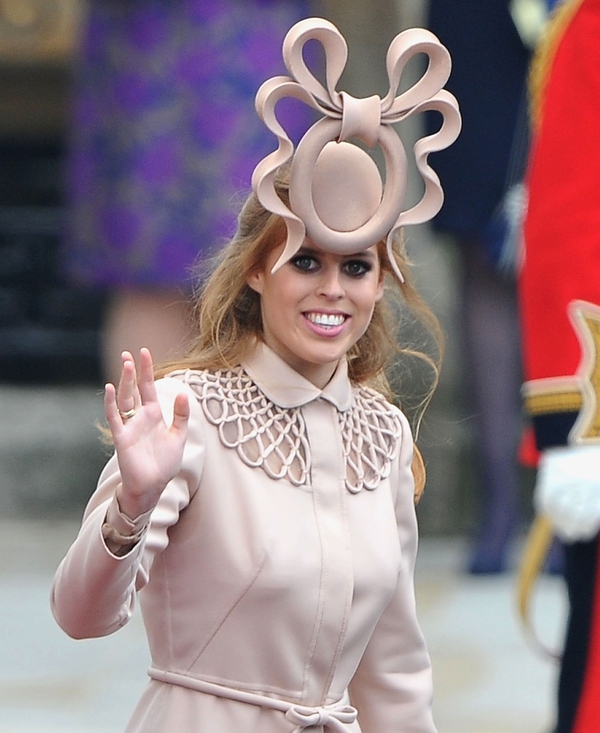