The finish line is in sight for the Leaving Cert Class of 2021. Some already have it all wrapped up, but there are still two more days left overall.

Here is another Leaving Cert Diary with thanks to our friends The Irish Second-Level Students' Union and today's contributors Beth, David and Gearóid.

For today's Economics exam Gearóid has his video diary above while Beth shares her thoughts below. David sat Applied Maths and he recorded a video and wrote about it too. 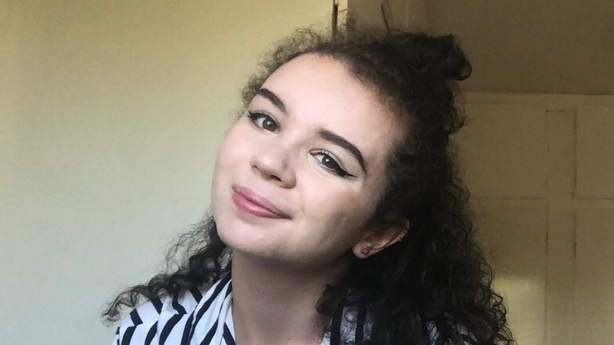 Economics was a nice, fair paper!

This was the first year of the new course so there was a lot of anticipation around what the exam layout would be like, how questions would be presented, and what areas of the course would be covered.

The changes meant that we had a lot of choice, only having to answer half of the questions on the paper, which I felt allowed me to focus on the parts of the course that I'm most confident in and reduced stress. A lot of the questions were really topical, covering the homelessness crisis, Covid-19, and globalisation.

This meant less of a focus on answers that had been memorised which was definitely a welcome change. The modifications also reduced time pressure, meaning I was able to slide in one or two extra questions and spend a bit more time thinking about and planning answers!

This was my second last paper, it’s surreal to be this near to the end but this was a lovely paper to start drawing exams to a close!

David had some time to get set for Applied Maths

I have finally finished the Leaving Cert. Applied Maths was my final exam and I had a nice break between my last exam to this one which gave me lots of time to focus on it.

When I opened the exam, I instantly recognised that Question 1 would be nicer compared to other years as it can be quite tricky. This set me off on the right track and gave me the confidence to continue on the paper.

I elected to not do Question 2 on Relative Velocity due to the increased choice on the paper. I have always hated this question and I generally score the lowest in this question. The next 3 questions on the paper were really nice with some tricky parts thrown in.

Generally the first half of each question is much easier than the second part but for Question 4, I preferred the wedge instead of the pulleys. I had binge-watched YouTube videos on wedges before the exam so that helped.

I found Question 10 to be more difficult than a normal year but it was still manageable when you made a good start on it.

Overall I am relieved to be finished with the exam but I am glad I had the extra time to put in the work for it as it really helped prepare me for this.

Massive thanks to the students who gave their time to record and write for us.